It seems like there is always a long time between my Washington Wednesday posts. I should fix that. Hmm when was that Last one? You can click that link to find out. Moving On!

In this episode I will actually mention and show the cards that I briefly blogged about on my Kirk's Knook blog to make my self appointed minimum monthly posting quota way back in April of last year 2017. What I mentioned cards over there? And in APRIL? LAST YEAR? Egads Man PROCRASTINATE MUCH?

So here it that beaut: 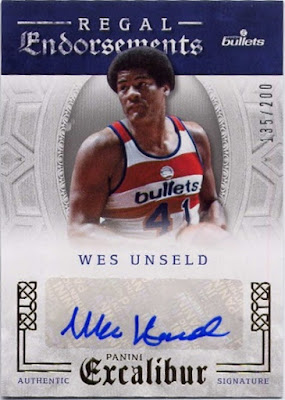 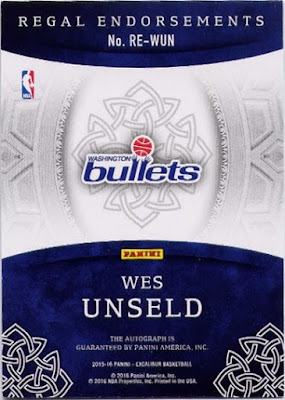 Then that following Wednesday 26 April 2017 on a single package mail day coming from Ebay. A BIN auction for a single card $1.99 + $4.99 shipping. Short story with this one that I first posted on my regular blog (Kirk's Knook Blog as linked at the beginning of this post). It was mainly a rant about ordering from Ebay without checking out the seller and where they were located. Which was why I posted it on that blog. I knee-jerk bought the card without seeing where it was coming from. It was from a dealer in China. Sometimes that means you will get some kind of counterfeit product. Original tracking information said it would arrive sometime between early May to early June. Fortunately it arrived well before the estimated date.

It was this beaut: Looks like a Dave Bing Cameo. I played some with the post-scanning photo editing to help bring out some of the features. I am far from a pro at it. 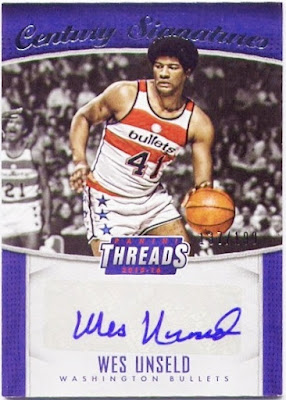 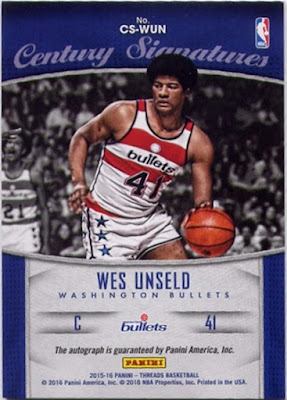 The seller included 3 bonus cards: Fortunately all basketball. I like surprise bonus cards when it makes sense like these from the same sport, but I don’t like it when you order non-sports and they send sports or vice verse, or they send different sports than what you ordered. I like all (well most) sports but some people are just one sport collectors, or Non-Sport only.

2016-17 Panini Donruss Basketball: At first I thought these were special “gold” versions turns out the regular base has the gold/bronze coloring. 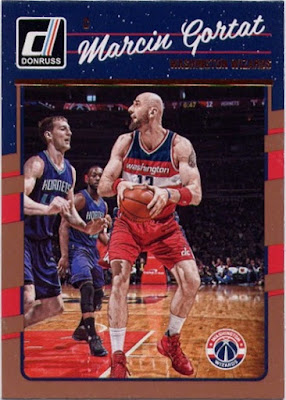 142 Marcin Gortat Wizards - Hey they sent the “same” team.
Yes Gortat was the subject of  the previous WW episode. 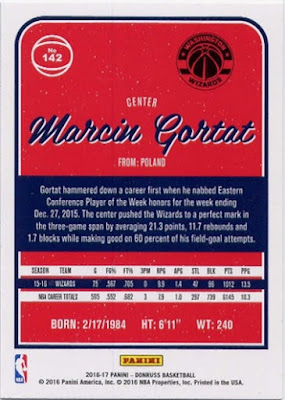 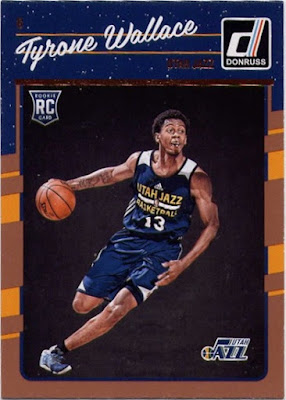 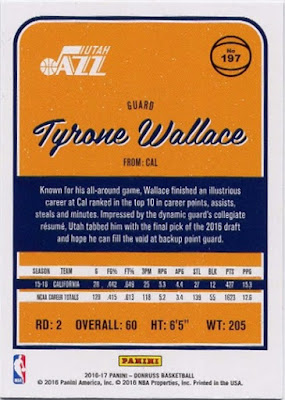 2016-17 Panini Select Basketball: Yes I did have to play with the post-scanning settings for this "chrome" card. I didn't realize until after the initial scan that the right side edge and some of the left side had some kind of smudged schmutz on it as shiny chrome cards tend to have if not wiped as soon as gotten and put into a penny sleeve. I wiped the card of the smudge but haven't sleeved it yet. 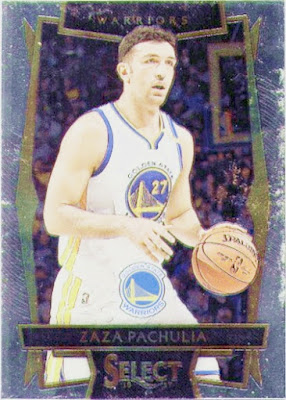 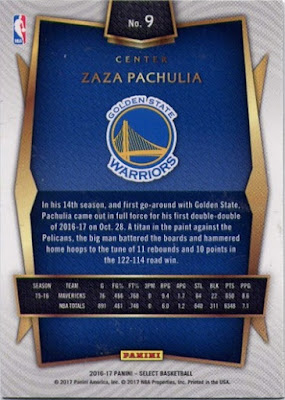 The Wallace and the Pachulia cards are of course up for trade.
Posted by CaptKirk42 at 12:00 PM 2 comments: