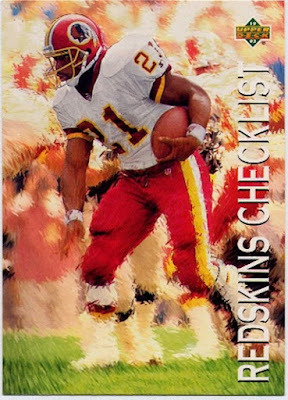 As part of my recent Sportlots shopping spree back in May or June whenever it was I concentrated on some sub-sets to complete one of them was this set of team checklists from 1993 Upper Deck Football. The backgrounds suggest they are paintings but I think they are photographs altered to look like paintings. Anyway there are 28 cards in this sub-set as there were 28 teams in the NFL in 1993. 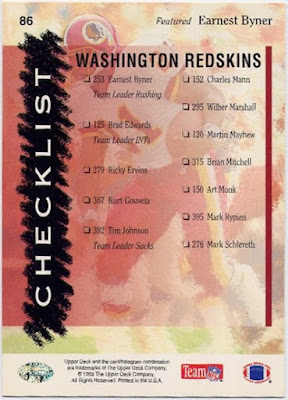 Here are the other 27 team cards fronts only 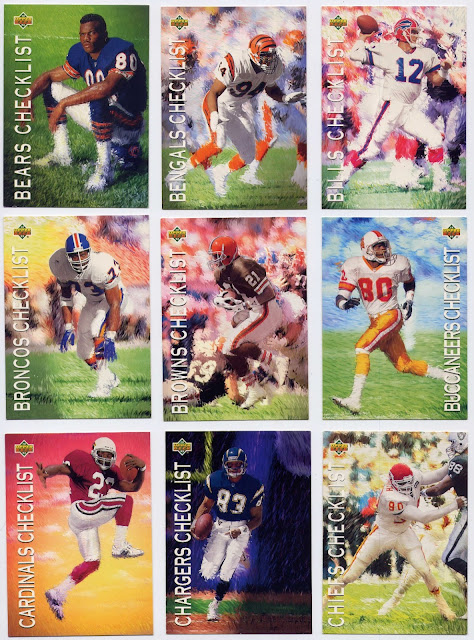 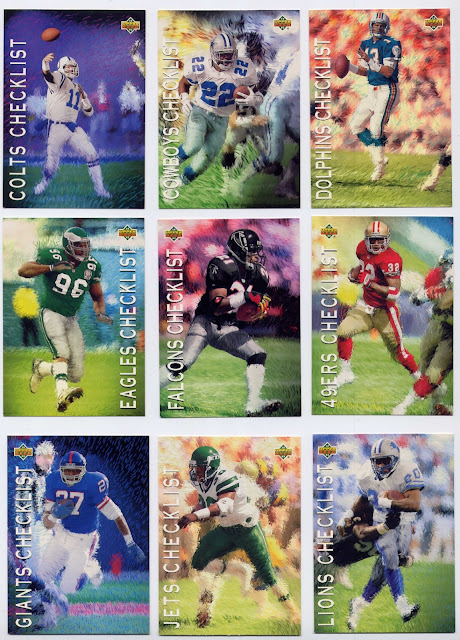 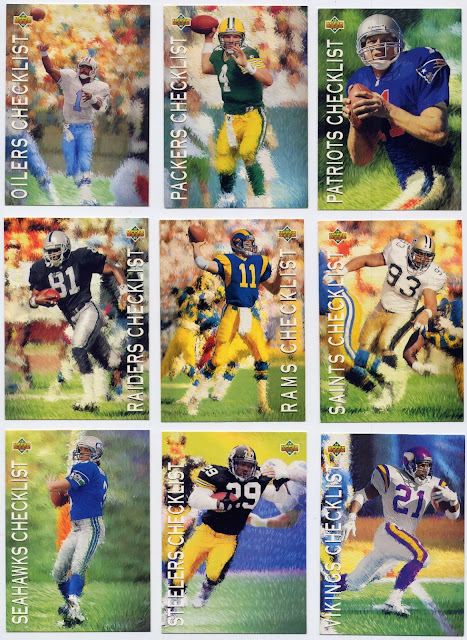