Several of the Trading Card Blogging Brethern participated in a Secret Santa Gift Exchange this holiday season. A big thank you to Jon of A Penny Sleeve for Your Thoughts for managing the misfit gang o' traders this year. To see my pirate booty from last year you can follow this link. Any how for this year I had shipped out my Secret Santa package of Bo Soax to Shane of Off The Wall early in the month on Saturday 08 December. Then the next Monday 10 December I received my S. Santa package. 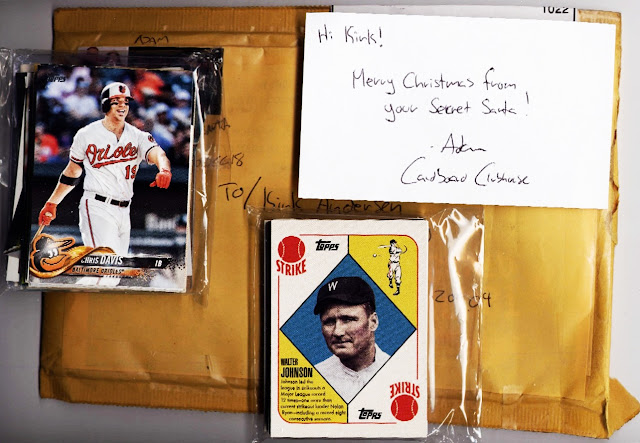 I opened the package carefully, trying not to see the cardboard goodies inside, in search of a note or card that ID'd my S. Santa. 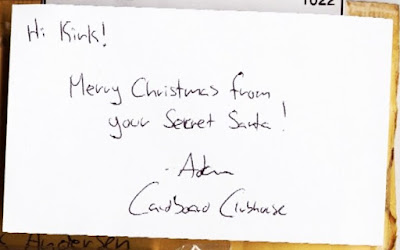 I caught a glimpse of some of the front and back cards of the two team bags that were waiting inside. I waited until Christmas Eve before I opened the team bags to see Exactly what was inside. What was inside? A Rock! NO NO NO WRONG HOLIDAY CHARLIE BROWN! Right there were two team bags one Filled with Some B'More O's and the other filled with a Mix of Washington Teams with a Sweet Walter Johnson card showing on the top.

My Secret Santa was Adam of Cardboard Clubhouse and he sent a nice batch of Washington and B'More cards. In total there were 44 cards and one card sized book. The team breakdown is 22 Orioles (1 was a logo), 23 Washington cards of Baseball, Football and Hockey: 4 Senators, 2 Redskins, 2 Capitals and 15 Nationals (1 in team USA uniform, 1 Notre Dame Uniform?).

Lets see the cards shall we? Starting with the Orioles stuff. 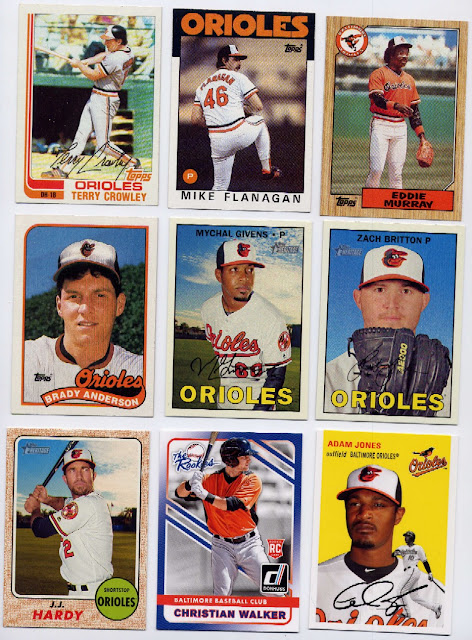 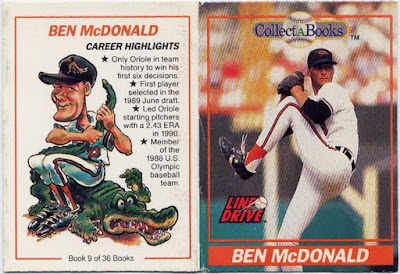 Front and back of Collect-A-Book 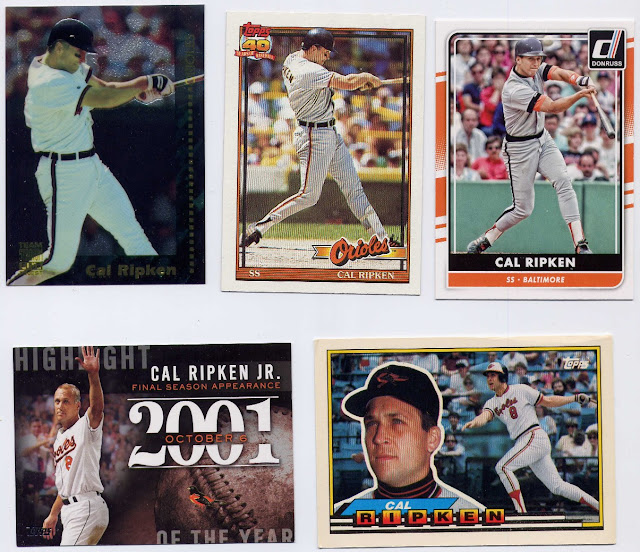 Now we get into the Washington Stuff: 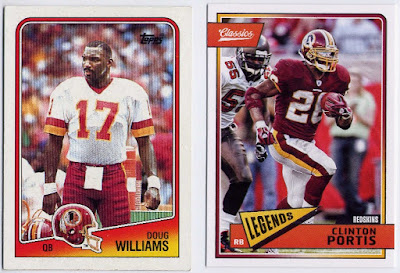 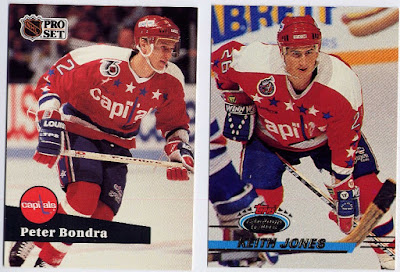 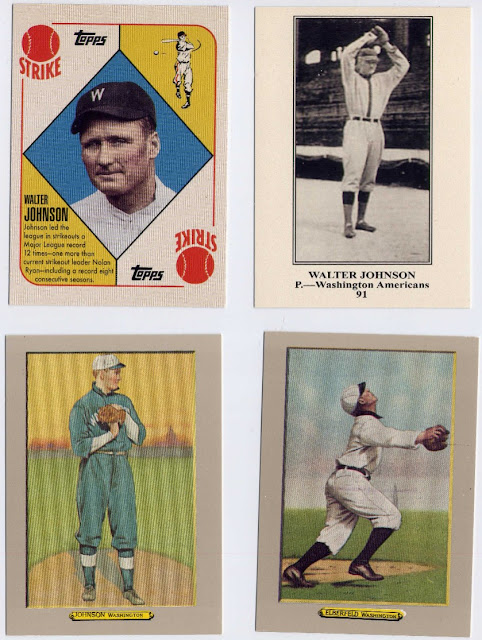 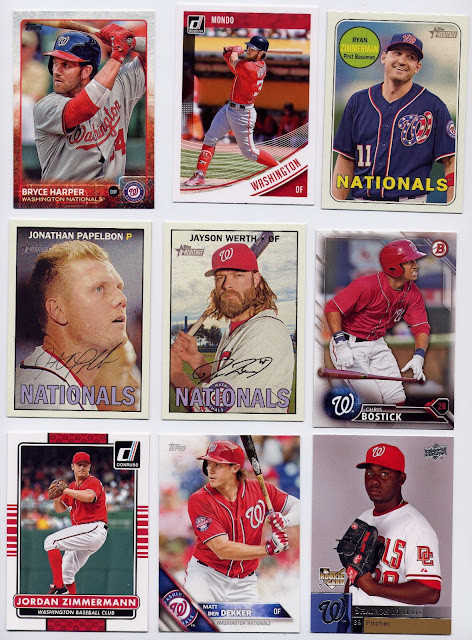 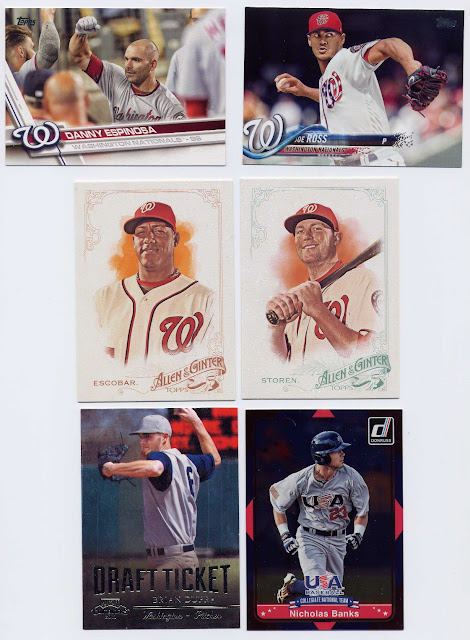