Trading Thursday: This One Is On Eleven 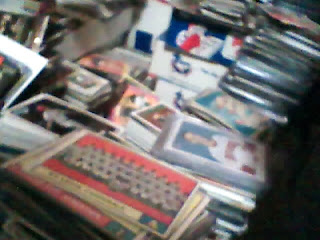 I originally intended to post this on last Thursday the 11th. Like usual I got lazy and there is no big demand on this type of post so it doesn't matter when I post it if ever. OK so this Trading Thursday Post is actually the 5th one if my recollection and count is correct. Even though the first one wasn't technically a TT in name yet. OK so most of my stuff has been junk years stuff or from the last few years and unfortunately seem to be very boring to all. *loud heavy sigh*


A Fifth Of February:
Experiment Number One:
CFL Trading:

If you would like to see a scan of any card I've mentioned please contact me and I can either Email the image or post in one my Picasa Web Albums (or my ancient Photobucket)
Posted by CaptKirk42 at 12:00 PM No comments:

3 Cards Including A Dupe In A Bat Envelope

I'm not sure what is more exciting about this particular PWE I received the cards or the stamp that was used. OK the cards are what really excited me and the stamp was just an added bonus.

On a typical day last month (January 2016) I got two PWEs in the mail. One PWE had a card I bought from Ebay that I will talk about some other post and the other had 3 cards I got from Sportlots. All 3 cards were from an auction with a .25¢ opening bid plus .99¢ shipping (combined somewhat).

1968 Topps Football: 2 cards both cards a bit offcenter borderline miscut.
106 Ed Meador Rams coin rub cartoon on back totally blank must have been a dud. 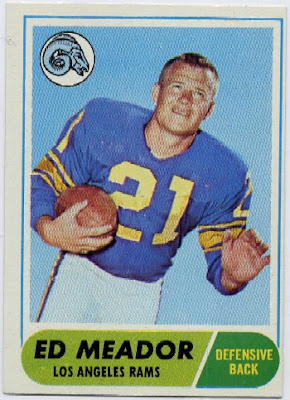 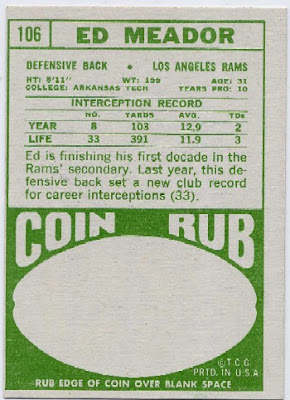 107 Fred Cox Vikings back cartoon is regular printed one. 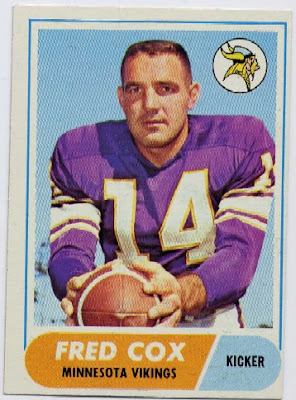 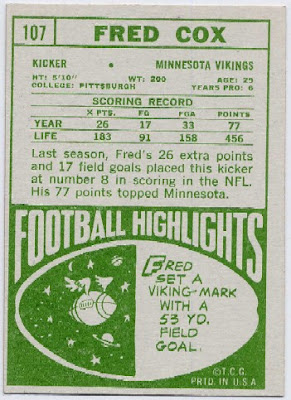 1963 Topps Baseball:
69 Bud Zipfel Senators. When I bid on this one unfortunately I didn't realize I already had it. Fortunately this one is in better condition than the one I had. So it is an upgrade. 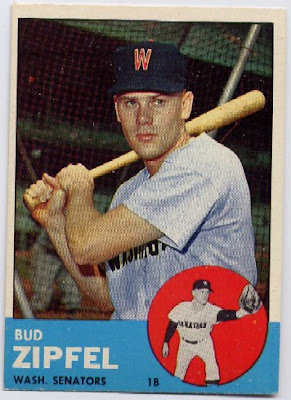 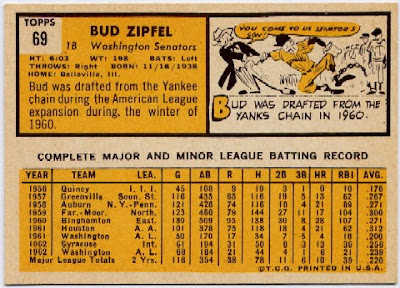 Oh a cool thing about the PWE is the stamp was a Batman Forever stamp.

In the long run I'm not sure if I will actually keep the stamp.
Posted by CaptKirk42 at 12:00 PM No comments:

Trading Thursday: A Fifth Of February

Oops I goofed on the title for this week. I was thinking Thursday was the fifth for some reason. It is only the fourth.

OK so my followers count is now back up to 100. Yay and all that. Regarding trading I do admit I still owe a few people some packages from either an outstanding trade agreement from way back or contest winnings lot or what-have-you. It nags at me from time to time and the nagging is getting more intense. For the most part I know who I owe but there are a few I need to double check what it is I need to send. If you think I owe you some cards contact me and remind me what I am supposed to be sending your way.

I am just going to list a whole bunch of cards right now. I won't post individual scans as my original concept of this series of posts was to be. Over time it would be too much of a chore and I would be limited to how many cards I could mention in a post. I can scan on request if needed.

If you would like to see a scan of any card I've mentioned please contact me and I can either Email the image or post in one my Picasa Web Albums (or my ancient Photobucket)
Posted by CaptKirk42 at 12:00 PM No comments: