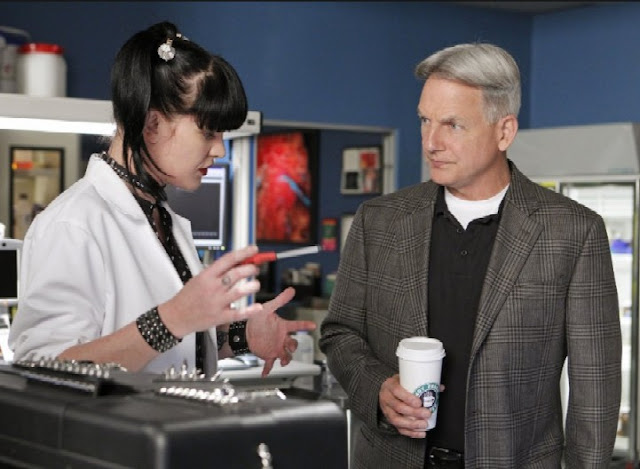 I am real excited about these two cards I got from Ebay. It took a while to find them at a price I could afford, and on one of them I paid a bit more than I really wanted to but less than what it normally starts at. These two are a bit hard to find at a good price, since most sellers ask for way way too much. [What else is new?] So the scoop on these cards. They are from the Non-Sport trading cards powerhouse that is called Rittenhouse. If there are trading cards for a TV show or movie they are probably the company currently producing them.

These two beauties are the box toppers from the NCIS Premiere Edition Trading Cards. They were seeded one per box. The base set is only 36 cards from the first 72 episodes (The first 3 seasons plus the first two episodes from season 4) of the television show NCIS: Naval Criminal Investigative Service. One of my absolute FAVE shows, usually number One tied with The Blacklist. The characters are two of my faves and if either of them left the show they would have to end it - IMHO

I will show them in reverse order of arrival since the first one I received has a bit longer story to tell, and numerically it is the second of the two. 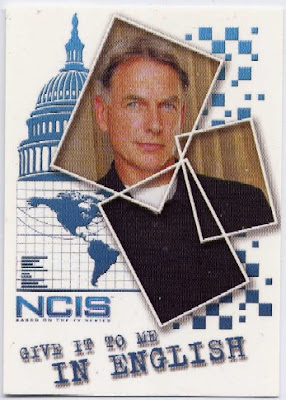 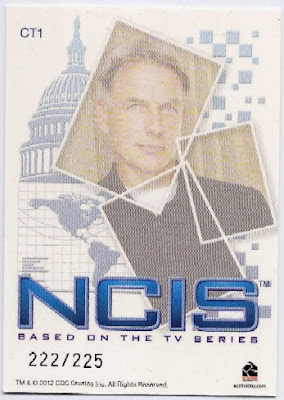 As you can see by the scan(s) it has a large gold "seal" to prove it is legit and hasn't been tampered with. When I first began seeing cards like this with their seals I thought it was great, but many of these seals are way too large cover up details that I would rather be able to see. For some sealed cards I plan on "unsealing"  them not worrying about any loss in value or prestige. Face it the seals are just another flashy gimmick. The image for the Gibbs card in the Ebay listing also showed a seal but it wasn't sent that way. I was a little bummed about that but Oh well as I said the seal is just a flashy gimmick. 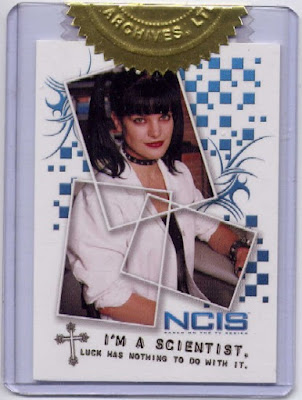 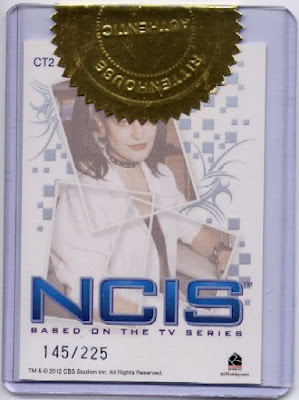 Here is what I still need for this card set: