Some 1959 Topps Baseball From Sportlots 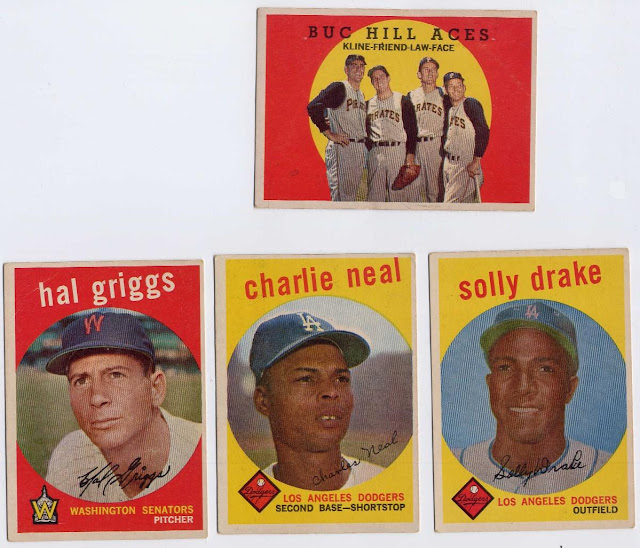 Another one of these quick posts. Long story short I "won" 4 auctions over at Sportlots.com from one seller each was won at the opening bid of just 25 cents plus the shipping which totaled $4.80. With Sportlots you don't get combined shipping when it comes to the auctions. I forgot about that this time. Oh well.

Anywho I got 4 cards from 1959 Topps Baseball. I will  be talking about 3 of them here and the lone Senator over at my Curly W Cards blog.

The first two cards are from the Los Angeles Dodgers:

We have Shortstop Charlie Neal 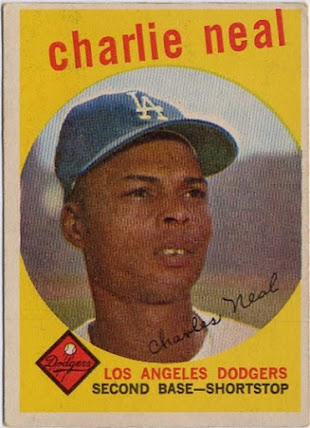 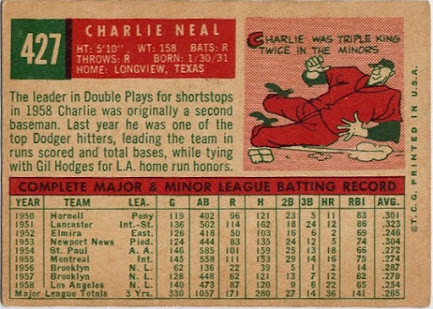 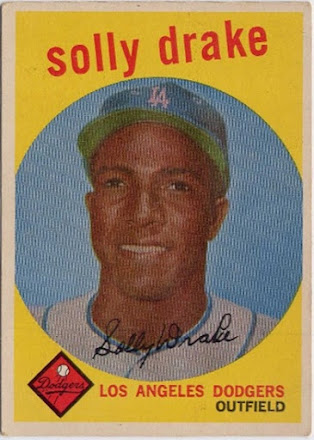 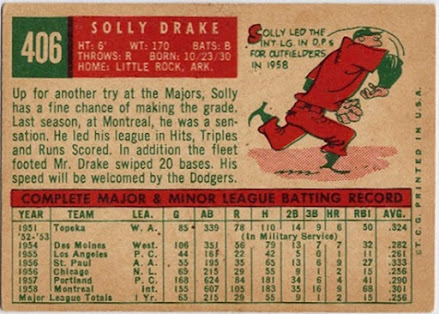 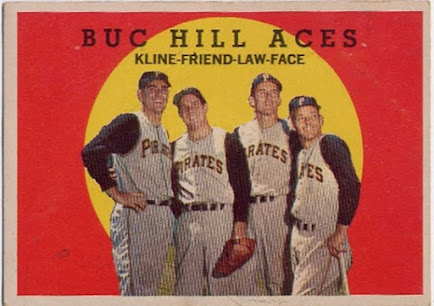 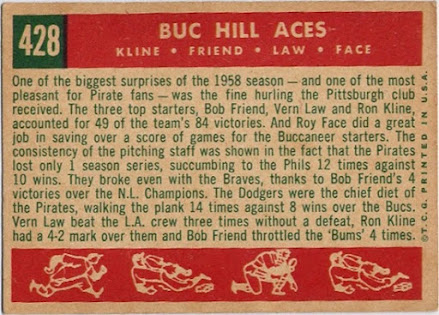 Oh I almost forgot the seller included a couple of filler/buffer cards that were in toploaders to further protect the bought cards. 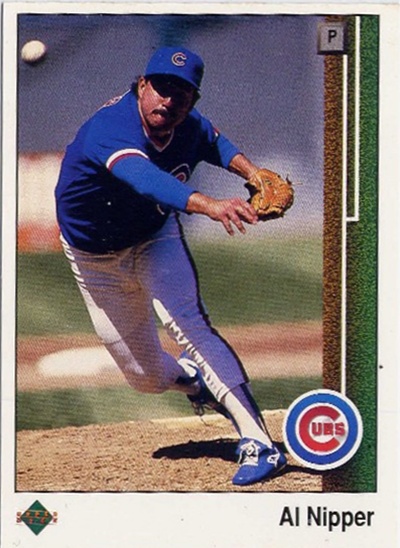 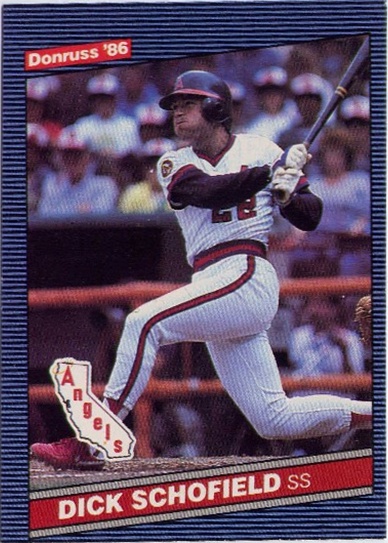 So there we have a nice little recent package of cards one card short of a full hand, well actually 1 card more than a hand or a hand in some other variation of a card game. There are so many versions of poker I'm not sure which one(s) have a 6 card hand. Look for the Hal Griggs card over at my Curly W Cards blog.