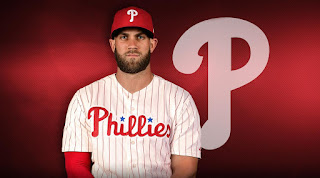 I did a little Topps Now splurging on Ebay a little while back. I purchased a total of 8 Topps Now cards from this year and last year. The ones from last year I've been sitting on for a little bit. You could say they were all technically Washington Nationals related, but yeah, technically these cards I'm about to show are not Nats cards they are Phillies cards with Bryce Harper. Huh? Oh yeah that tiny contract thing.

Now that Bryce is on a different team any new cards of him I get in his Philly uniform I'll yak about here on this my main blog. Old Nats Hawper cards I'll chat about on my Curly W Cards blog. I suppose I could also post the Harper Phillies cards on my Nats blog but I don't want to. Occasionally I will post Nats Alumni in team uniforms from their post-Nationals career, but I probably shouldn't. Then again these are my blogs my rules.

Before I get into the two new Harper Now cards I'll show the two copies of the technically first Bryce Harper as a Phillie card. Another blogger showed a new Bowman card which is the first released in packs product so he considers that one Harper's Philly debut card I hear that one is another dang super short print. UGH first 2012 Topps Archives SSP RC and now this? ACK! Anyway my "first" Bryce as a Phillie card I posted about on Curly W Cards when I ordered the two copies and gave the pertinent details of the order. The images I showed there were from the Ebay listing the images here are the actual copies in hand. 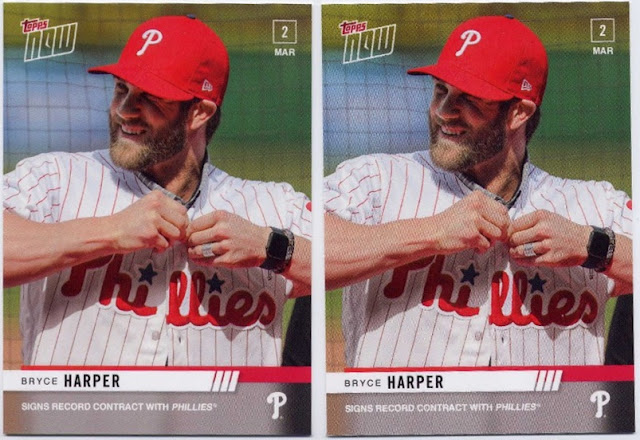 I might eventually purge down to just one copy someday. 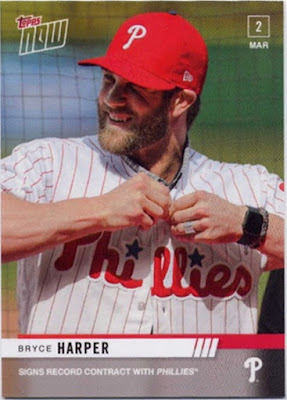 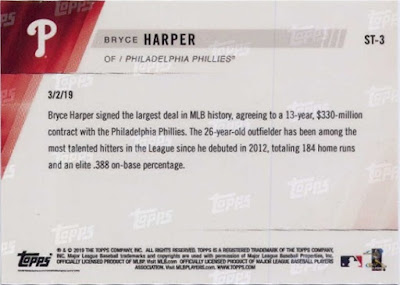 Now onto the other Now cards. Both I got from Ebay two different sellers. The first one is his Spring Training Debut with the Phillies I got for $7.50 Free Shipping. 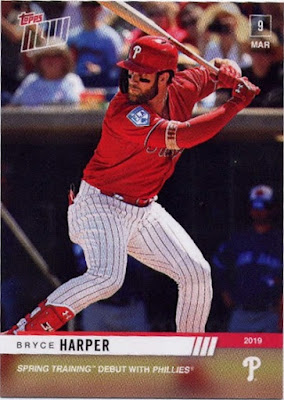 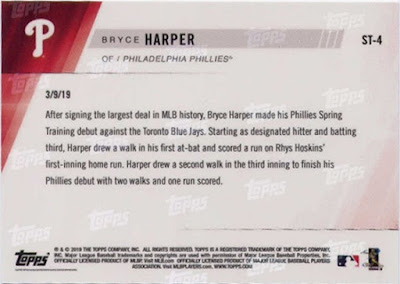 The other card I got for $8.00 Free Shipping it is from the regular season. Harper's First Home Run as a Phillie. 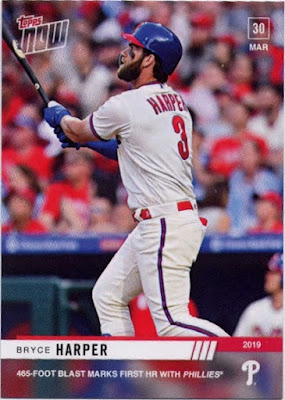 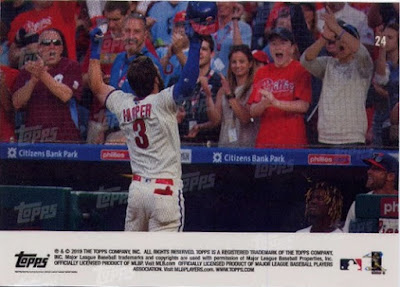 I don't like the Now backs with no description of the event. Sometimes the card title on the front is not enough. And NO I will not pursue Bryce's "First Homer vs The Nationals" or "First Grand Slam vs Old Team".  You have to draw lines somewhere sometimes.
Posted by CaptKirk42 at 12:00 PM 4 comments: