This is one of these just because posts. I really need to start doing this sort of post more often especially on my other blog Curly W Cards since that one I have made fewer posts on than on here.

In 2008 Upper Deck made a very cool set of cards Baseball Heroes. It is a nice set and I like it but there are a zillion and one parallel cards. What else is new in card collecting pains?

Anyway here is a card from that set of one of my fave all-time players Cal Ripken Jr. Orioles with his Hall of Fame Classmate Tony Gwynn Padres. Both players are now oddities in the sports world for playing solely on one team their entire careers. I think I have a few duplicates of this card. I forget if I have any of the different color parallels to it. 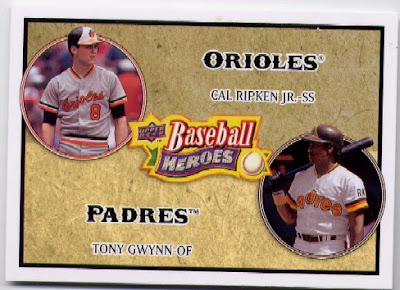 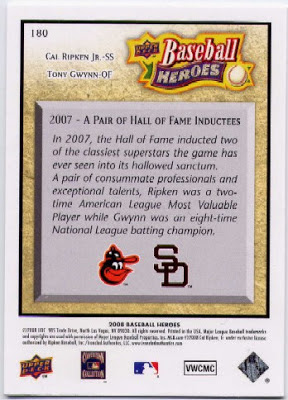 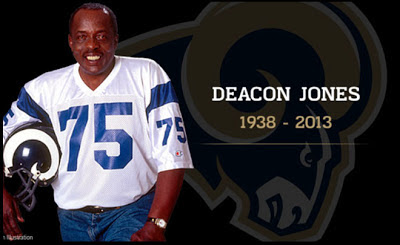 As we grow older the icons of our youth die off. One of the icons of my childhood passed away on Monday 03 June 2013. Deacon Jones who played in the NFL from 1961 - 1974 Mostly for the Los Angeles Rams, he also spent a while with the San Diego Chargers and finished his football career with the Washington Redskins has joined fellow Fearsome Foursome teammates Merlin Olsen and Lamar Lundy on the immortal gridiron in the great beyond. I'm not good at writing these type of things so I'll just show some cards and pics. 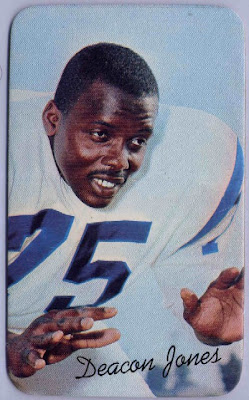 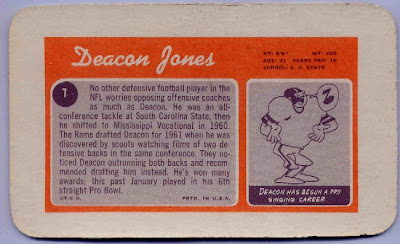 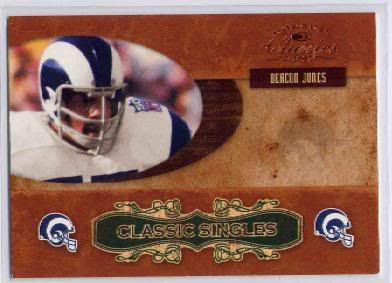