I got a great deal on an excellent card in a Sportlots auction. Not sure if it is a true White Whale or not. It is a vintage card of a Super Star of the game. I am a little surprised I didn't have to fight tooth and nail for it. It is that classic 1959 Topps Baseball design, based on the 1958 Topps Football. When I first started looking back to vintage cards before my time I discovered the Baseball version first I think. Well whichever I found first I like the overall design. I don't remember how old I was when I first saw the design but I think I was kind of young and it may have taken me a year or two to realize that they are in fact the same design. OK so the football is oval and the baseball is a circle so what?

Of course it isn't in the greatest of shapes but it is good 'nuff for my collection. So the financial damages were $15.50 plus $3.95 shipping. Not bad. The low starting bid of $15 was what drew me to the auction. I think I put $25 as my max bid, maybe just $20 due to lower condition. For some cards I don't mind well rounded super soft corners. 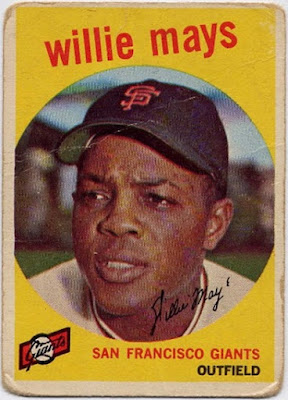 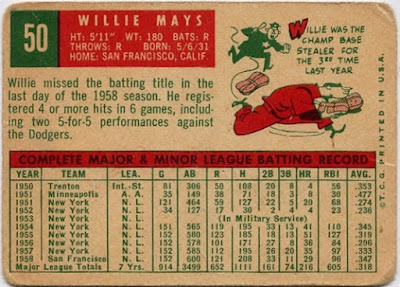 Hey this post was published at a weird time of the day. The reason is it is my 10th Blogiversary for this here Trading Card Blog.

For these special occasions I like to go back to my original posts check the time they were posted and post the anniversary announcement or reboot post at the exact same time of day as the original post instead of my usual High O'Clock Noon posting time. You can see my very first post for this blog here. OH boy there are/were a couple of links to dead websites there, well Zistle technically isn't dead yet but might as well be. My personal website "klandersen.com" though has long been gone. Mostly due to letting the domain name registration for it drop. Long story kind of short: Some years back I let the website domain name registration run out because 1) the company I had originally registered with had been bought by some other company and at the time I couldn't recall which company held the current registration. 2) They refused to recognize my membership info or take my money. A few months to a year or two later some Chinese company bought the domain and it was some weird poetry site written in Chinese for a few years. Eventually they let the domain registration go, but I never got around to renewing it after them since it is a pain do keep track of that and when I am dead and gone it will run out again but that time never renewed and all my info would be completely lost. I toyed with the idea of renewing it, but maintaining a personal website is a lot of work that I don't have time for anymore. Blogging takes up plenty of time I don't have already and I have 3 blogs to maintain.

I did make an edit on the opening post to un-link my website and to make an Edit/Update notice explaining the reason for removing the link. I'm sure I have a ton of other posts that need some similar cleaning up. Some I may get to some day and update others I might never get around to updating. 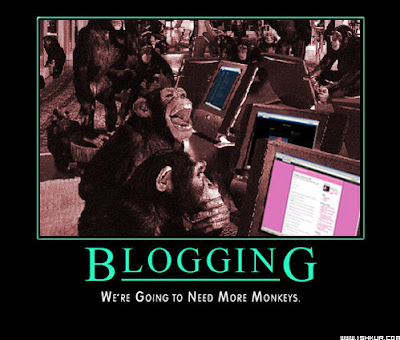 Oh here are some cards that were released in 2009 to help me celebrate and to make this a post about cards and not my sob story about an abandoned personal website. With one or two exceptions most of these cards I have had since 2009 either from a group box break or an online purchase. I chose these randomly since the only thing I really had planned was the fact I was going to show some cards from 2009.

I don't Think Freud would agree with that. 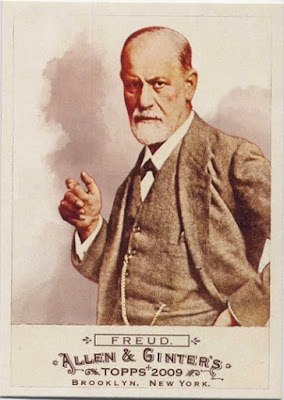 Maybe he'd remind us not to forget the Alamo: 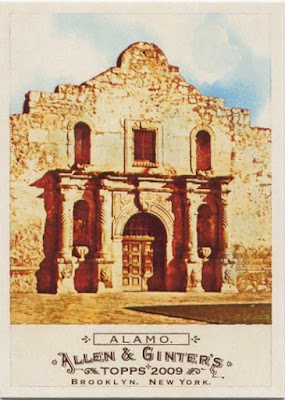 He would also think that women throwing the discus around was some plan to humiliate men. 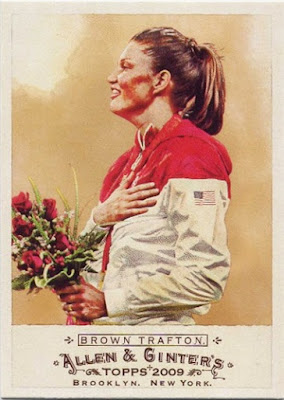 OK so I didn't plan on making those 2009 Allen & Ginter's cards some kind of tall tale but it worked out that way. Sticking with the retro set idea one of the sets from 2009 I enjoyed was Upper Deck's Goodwin Champions. One of the sets from that year that I have in recent months sort of completed. I have the few remaining cards I need for my set bought at COMC and in my "to be shipped" queue. Ages ago I showed the Alex Ovechkin card (a few times think). 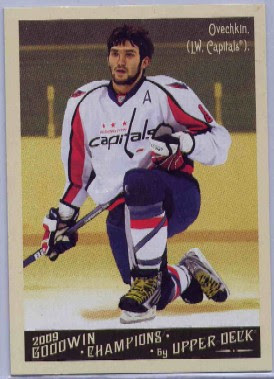 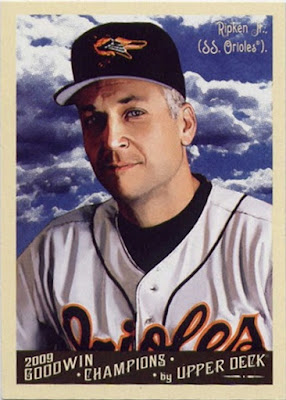 Next Topps did a similar sort of retro set in the style of the old T206 cards: 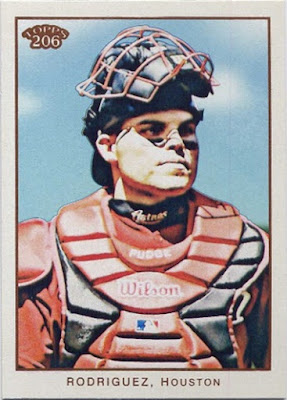 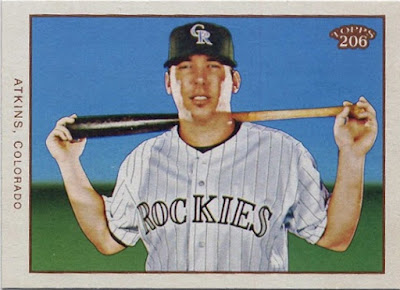 Notice that picture/image of Atkins Topps also used for Allen & Ginter's (at least on this Rip card) Notice though his eyes are different it looks like he is squinting on the 206 card and sort of stunned on the A&G. 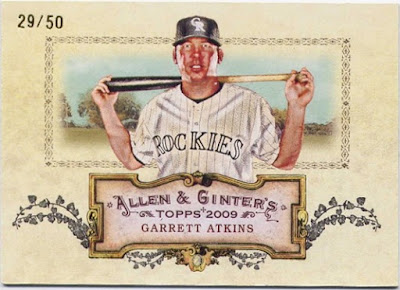 2009 Topps Allen & Ginter's - RC43 Garrett Atkins Rockies Rip Card #29/50
I didn't scan the back but Yes I am keeping it unripped. I hate the rip card concept. They need to find a way that the "wrapper" card can be kept in decent condition after being "ripped".

Next We have yet another sort of retro card, this time Heritage which is more a direct updating a 49 year old design with the modern players. Some years Topps did this very well other years they blew it. 2009 I think was a good year: 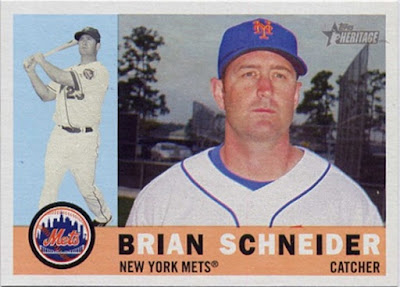 Meanwhile O-Pee-Chee does a mean retro card. I love 2009 OPC. I have the Nationals team set, and need to work on the full set, and also the parallel black bordered sets: 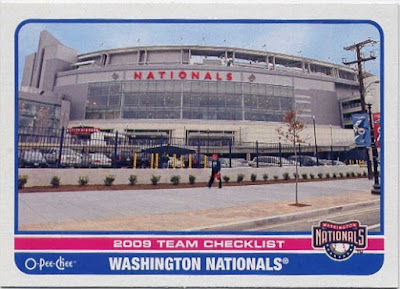 In 2009 Topps had a little fun online. I've mentioned these before. I'm too lazy right now to provide the link to my previous post. ACK I'm not even sure what tags I used for those. Oh Well. 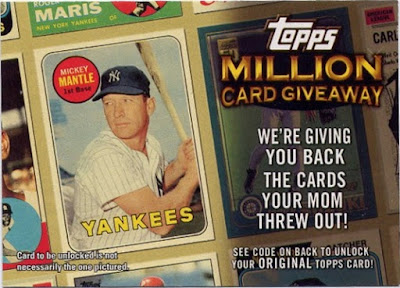 Of course I had to include some mascots right? 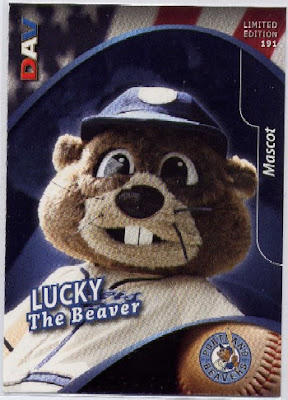 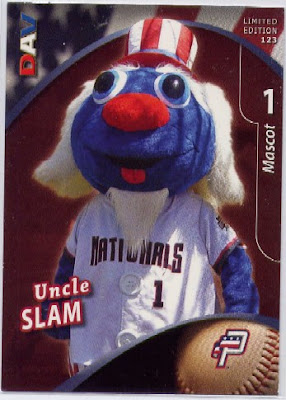 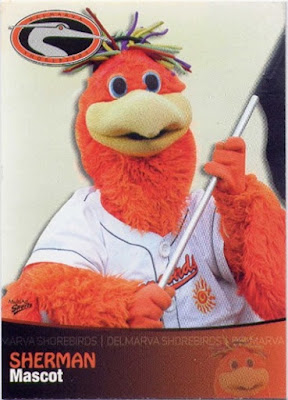 OK this last card is a PC player for several reasons first played for one of my fave teams The Rams, secondly he was a super Quarterback and he is also a Similar namesake niche player; 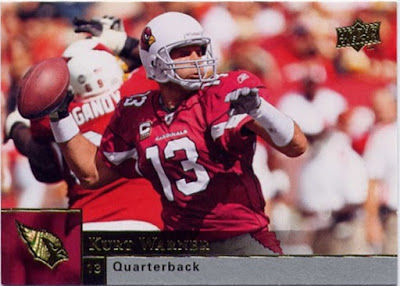