OK this is another very last minute day of the month type posts. I scanned the images of the cards in this post last night 30 March 2021 and  then did the drafting, writing of this post later today Wednesday 31 March 2021. An odd note: when I first started scanning the 4 promo cards (Oops Spoiler of what the post is about. LOL) for some reason my scanner was set for "automatic" scanning and I saw the rarely seen (by me) automatic scanning screens. I first was alerted when I saw the scanner's beginning prep screen was different than normal and was saying it was scanning image 1/3. UGH. It also had a note saying the scanner was in automatic mode and if you wanted to operate in manual mode hit "cancel". I probably should have kept the first scan image to show but I didn't. The scanner made 3 scans of the 4 cards laid out on my scanner's glass bed 2x2. The first image was of 2 cards one from the top row and one the bottom row since the cards were not properly squared on the bed they were at an odd angle and the scan only had partial images of the two skewed  cards. The other two scans were just of one card each and were well cropped and sized images of those cards that I could have used if I wished. Anyway I then started the scanner up again and switched to manual mode which I am used to and where I can make adjustments to how the scanner is scanning the images.

As you may have guessed from the title of this post and the top image this post is about the promo cards from the television show NCIS. The cards are from 2012 made by Rittenhouse. I do not have the set nor any of the star's autograph cards. I do have the Gibbs and Abby box topper cards that I blogged about ages upon ages ago. I don't have any other inserts other than these promo cards that I will now show. The second promo card P2 was from the trade magazine Non-Sport Update which I got from my copy of the magazine and was at one time the only promo card I had from this series. I then hit Ebay to acquire the other 3 cards and a dupe. Since I have the dupe I either got a full 4 card promo set or I got a couple of lots of one or two cards to get all 4. On a side note I do have the JAG set, a promo card from that set, and some auto cards from that set. I plan on someday blogging about those, but trying to decide how much of the set to scan and show.

Anyway lets see these cards: I have also noted how the promos were distributed according to Cardboard Connection. 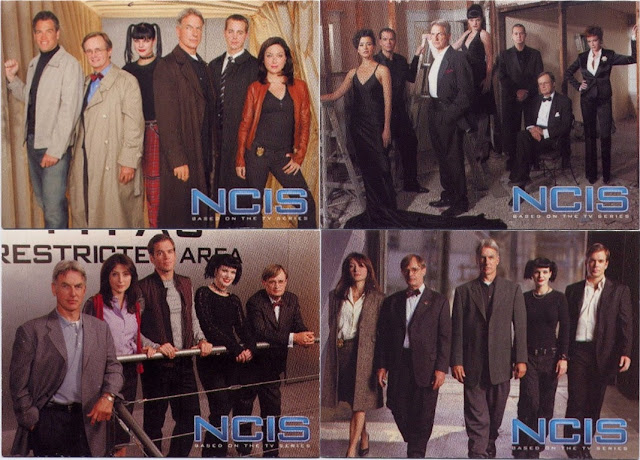 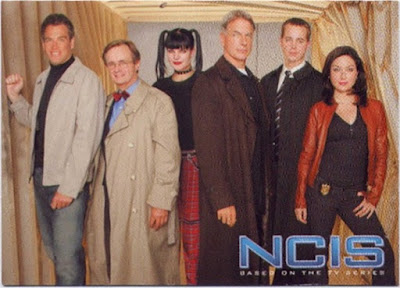 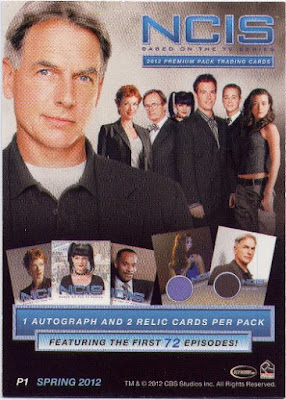 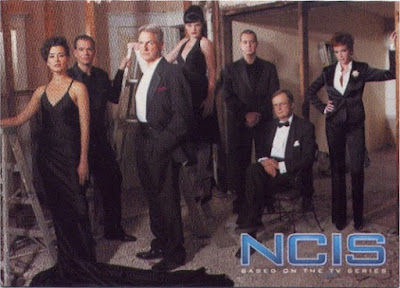 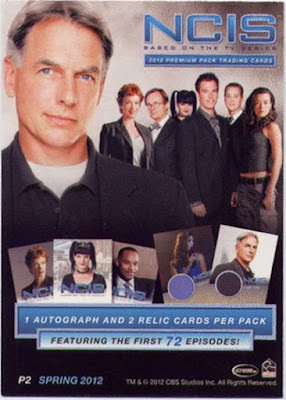 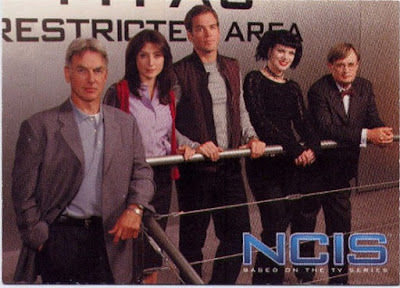 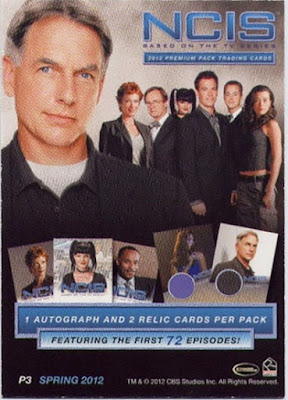 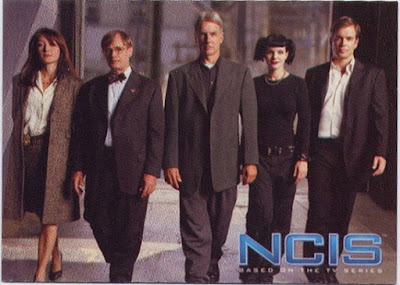 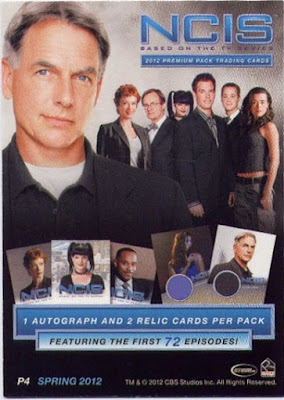