For this quick and dirty post I am showing some promo cards that I got a few years back from Ebay in I forget how many different lots. I originally started this post thinking I only had one of the cards silly me. I wasn't sure if I had posted about these cards before. Looks like I haven't. I don't think I have the sets they are promoting. That could be part of why I held off on posting about them. They are for a Sci-Fi television show that lasted 4 seasons (I have seasons 1 and 2 on DVD need to find and get the other two). Fortunately when the series was cancelled the producers had time to write a series conclusion. Some series don't get that luxury as they get cancelled between production times.

The series is Continuum a Sci-Fi series about a police officer from the future that finds herself in the past (our present) hunting down some terrorists from her time. The 2014 Rittenhouse Continuum Seasons One and Two card base set has 69 cards. There are a few insert sets including cast autograph cards. The 2015 Rittenhouse Continuum Season 3 set has 60 cards with the card numbers continuing from the previous set. For Season 3 I need promo cards P2 and P3. I'm not sure if they got around to do a Season 4 set. They might have but it isn't on Trading Card DataBase. 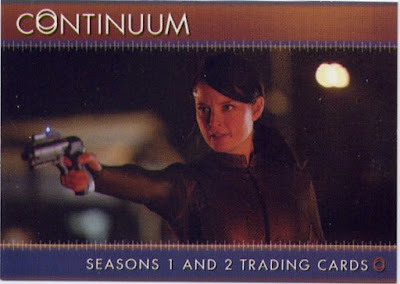 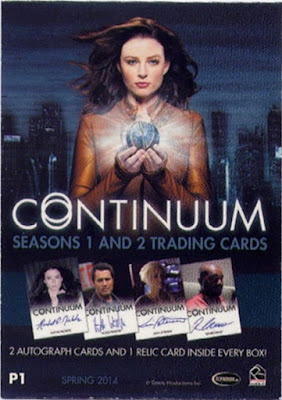 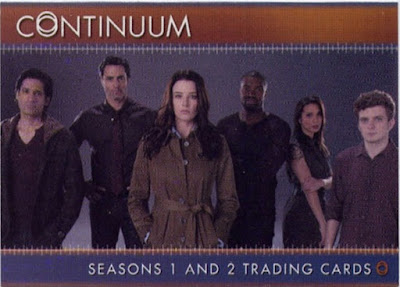 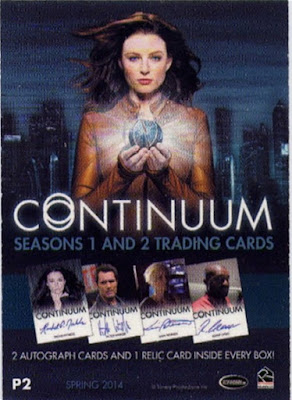 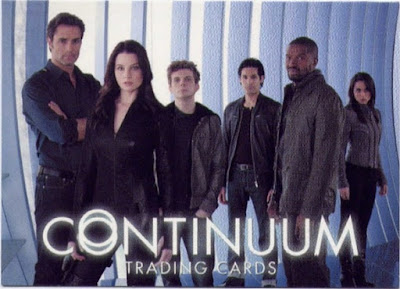 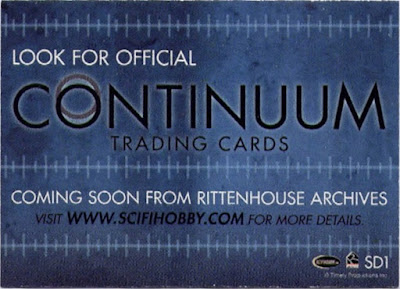 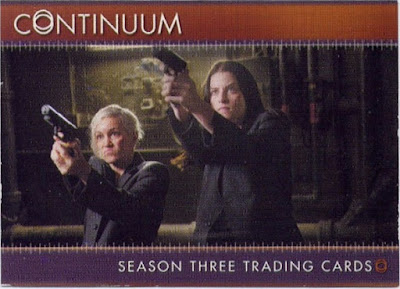 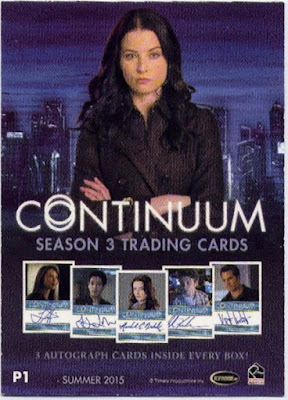 NOTE: I somewhat fidgeted the timing of this post. I wrote up most of the text at around 9:30 PM on Sunday 28 February. Scanned the cards Between 11:30 PM to about 12:10 AM on Monday 01 March. I also worked on my Curly W Cards blog February post and scans along with this post.