Washington Wednesday: A Bullet in Triplicate

A Bullet in Triplicate

It has been quite a while since I've done one of these (somehow that sentence seems to be used a lot around this blog and for semi-regular segments like this one). OK so I had to check the old TCC blog archives for the details on this catch. In one of my insane Sportlots auction splurges I came across this 1990 Fleer Basketball Update U-97 Pervis Ellison Bullets card.

As you can see from the image under the WW Masthead I got not just one copy, not just two but THREE copies of Mr. Ellison's 1990 Fleer Basketball Update card. I wish I could say that each was a slight variation but no they are all standard base cards. I debated a little bit as to whether or not I should pull the trigger and get this trio and finally decided what the hay, even though I am not concentrating on Basketball cards much. ON that note I did just recently get a huge package of some mostly 1990s Bullets/Wizards cards from the blogiverse. That could be the next installment of WW, I'm not sure yet these things usually end up being random.

So the sordid details of this purchase I received it on Tuesday 19 Feb 2013 from Sportlots.com as I mentioned earlier. It was one auction for the three cards so there wasn't much of a choice, unless I had searched for the card individually and for Basketball I do that very rarely. I got them for the opening 1-2-3 bid of .25¢ + $2.50 shipping. I don't recall what type of package they came in as it was over two months ago and I have since received many many card packages and some card PWEs.

Anyway here is the card in all it's single glory: 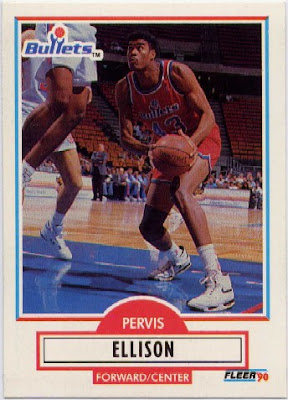 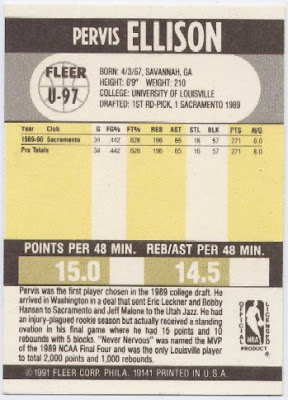