Why The Ridiculously High Price?

OK this post is primarily just a huge rant. It is mostly about the ridiculously high prices for individual cards that folks ask for on Ebay and elsewhere because some boneheaded collector or the silly folks at Beckett have said the card is worth that skyhigh price.

A case in point this "Lost In Space" The Movie autograph card made by Inkworks in 1998 of Lacey Chabert who played Penny Robinson, the teenaged "cute" younger sister played by Angela Cartwright in the original 1965 television show. 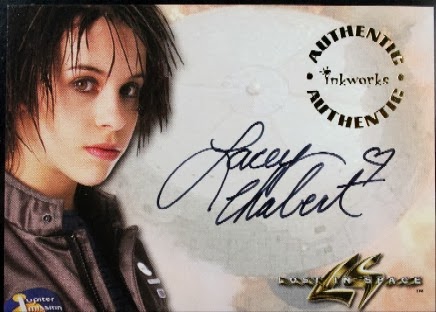 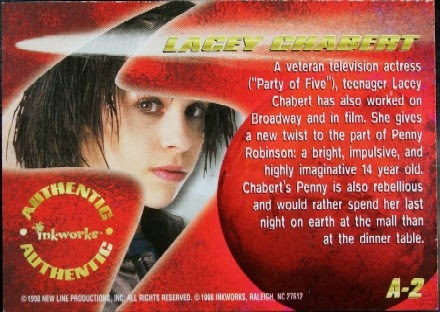 Images from blog: retiredcomicguy.blogspot.com
For at least a year or two, possibly longer, I have been watching various copies of this card on Ebay. It isn't often listed as an auction, but usually as a fixed price item for sale. When it does it does come up for auction this card usually starts at OVER $100. At the time of this rant there are 3 Fixed priced listings currently at $108.39 + $10 shipping (in Australia using the Aussie Dollar Mate), one at $130 (or best offer, whoopie they probably won't take anything under $100) with $6.95 shipping in Columbia, Maryland bet they send it in a PWE and the third at $125 w/ Free Shipping from Phoenix, Arizona. That is plain RIDICULOUS with a CAPITAL "R".

Any collectors who know me know that I try to get the lowest price as possible for any of the cards on my want and wish lists. OK I am really really cheap. My standard maximum price I am willing to pay for an individual card, especially newer cards, is just about 40 bucks. Obviously for some vintage cards of huge stars I'll have to go a little higher, but NOT over $100. At least not until I am a confirmed millionaire and can afford to buy any card new or vintage for over $100.

The other two autograph cards A-1 Mom Maureen Robinson (Mimi Rogers) and A-3 little brother Will Robinson (Jack Johnson) from this set sometimes start at $50 or more, but can be found closer to my comfort zone of $20-$30 ($30 is my near-maximum price). So far I think $35 is the most I have EVER Paid for a single card.

For my Non-Sport collecting wants/needs I currently need ALL THREE of these cards. I am watching all 3 now, but haven't pulled the trigger on them yet. As I said the Lacey Chabert one I will NOT pay those ridiculous prices for.