Another month another quickie Card of the Whenever post. This one is from a 2016 Non-Sport Update I'm not sure exactly which one I don't think I had recorded it in my mail day posts specifically. Too many times I've just mentioned there were some bonus cards without naming specific cards. Then again this one was in a stack of cards that I had long ago freed from it's NSU plain envelope prison. This card a from Rittenhouse. NO not the evil secret organization from the now cancelled TV show Timeless the Non-Sport Trading Card maker.

The card is from the 2016 James Bond 007 Classics 72 card set. Actually it is a promo card for the set from Non-Sport Update Magazine numbered P2. It features Denise Richards as Dr. Christmas Jones from The World is Not Enough. 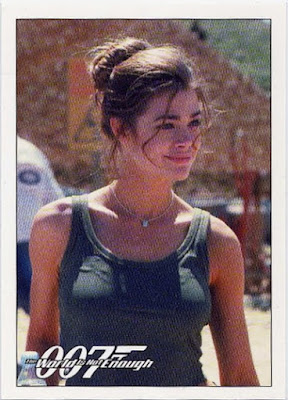 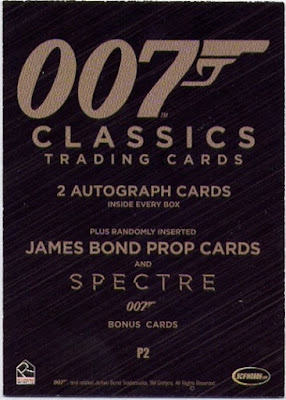