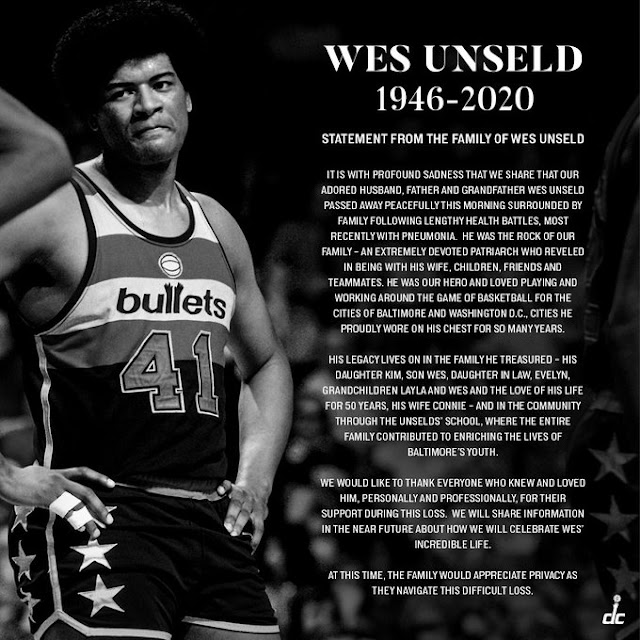 On Tuesday 02 June of this year 2020 while doing my daily routine of checking out the main page of TCDB (Trading Card Database) for the random card of the day, new forum posts, born on today and then finally In Memoriam I saw the image of a familiar RC. (I don't have the card but am familiar with it). That of perhaps the most iconic Washington Basketball Player of All-Time Wes Unseld. I was beyond shocked another of my childhood sports idols passed from this Earth. I think it was during the years between his playing career (1981) to his coaching career (1988) that I drifted away from being a basketball fan and would eventually stop caring about the sport until a few years ago. Plus I was more attached to football at the time, as the Washington Senators were long gone, and the Washington Capitals were not very good yet. 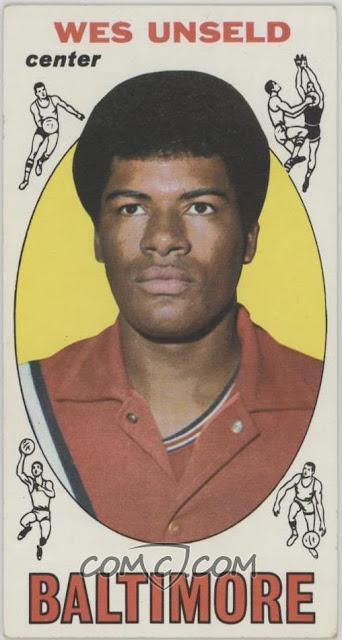 OK so his rookie card was when the Bullets were still the Baltimore Bullets, but the man would play his entire career with the Bullets Franchise, work with the front office and then later return to the court as Head Coach. He then moved onto General Manager for the team on into the transition to the name change to Wizards and a few years after that.

Here are some (but not all) of my Unseld Cards as a tribute to one of my childhood Icons. For the most part I have already shown these cards on this blog sometime previously so I don't need to explain them. 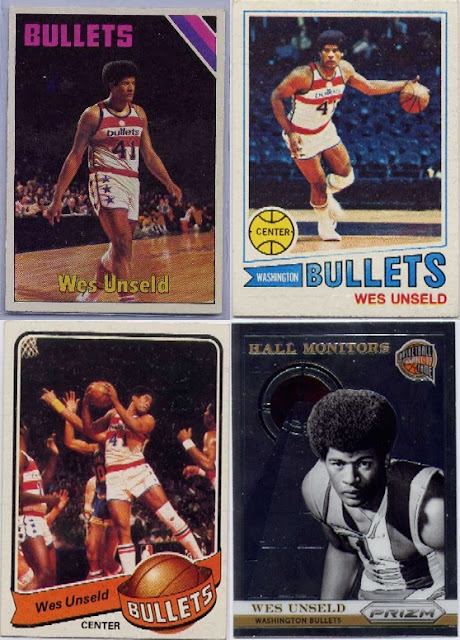 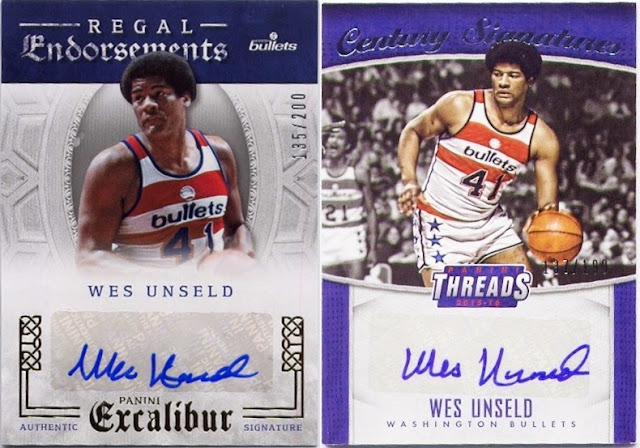 The following items are a few gems in my collection:

Next is a "card" in my collection that is more of a mini poster than a real "card" it is from 1969-70 Topps and they call it a "ruler" it is only 10 inches by 2.5 inches so not a true ruler but hey it is only paper. I got it from Ebay I think some years back for I forget how much I might have mentioned where and when some posts back a few years back.

Finally here is a photo of an item I have from my childhood, the photo is actually from an image search I did a few years back and from someone's Ebay auction for which they had I think the whole set was listed for of course way too much money. I forget if they sold or not. Anyway as I said this is something that I actually have but not my copy in the image (I haven't scanned or photographed mine). It is a mini poster that was available from McDonald's in 1976. The size is 12" x 16" One of those premium things during the basketball season that year. Each week they featured a new poster that had two caricatures of Washington Bullets players. There are a total of 4 mini posters. This is the one with Wes and K.C. Jones. 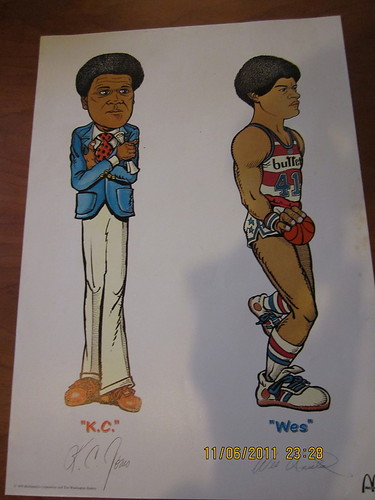