This is a super duper quick post as I have less than 10 minutes to publish. OK I'll do a publish and then edit later to make my self appointed monthly deadline. I also had to do this with the January post for my Nationals "Curly W Cards" Blog. It is cheating a little bit as the meat of the post was not published just basically the title and a little bit of blah, blah, blah to get in under the wire. 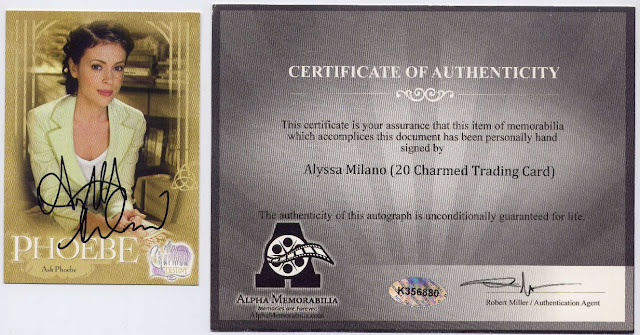 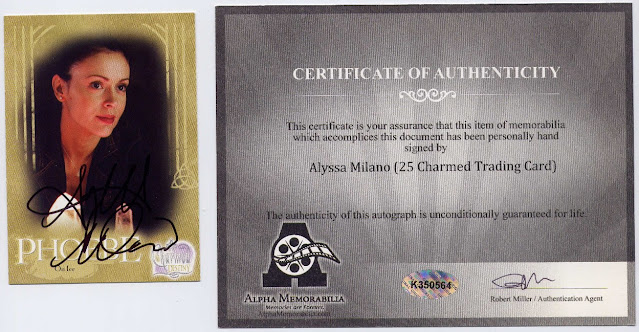 Phew now my archived postings will not have a blank for January 2021. Where was I? Oh yeah a couple of Alyssa Milano on card Autographed cards from the television series Charmed. These were not pulled autos but after market signings probably done in mass before or after some convention through the company that produced the COAs for them Alpha Memorabilia. Both cards have a matching COA and a holograph sticker with certification number. Yeah, yeah an autograph with a COA big deal, doesn't mean it is legit. Maybe they are maybe they aren't for these I don't care. I got them from Ebay a few years back I forget exactly when or the exact cost of them. I know because of my cheapness I would not have paid more than $30 a piece not including shipping (shipping might have been free but I'm not sure as I don't recall exact prices here or when I got it. I might be able to research it and track down that stuff but I don't want to it isn't necessary. I think they were actually $20 or less I think possibly even $15. The cards the autos are on are not huge sought after cards from the series so I doubt they were too much. People want the certified autos that have the "A-#" numbers. The certified autograph cards of Alyssa and the other sisters from these Charmed sets that were distributed in the boxes and packs go for way way way too much usually at least 3 digits sometimes auctions start at OK price so it might be possible to get one for maybe $50 sometime, but I doubt it the way autograph prices for anything on cards are now-days.

Both are from the 2006 Inkworks "Charmed Destiny" card set. The set consists of 72 base cards, which these cards are from, 11 Autograph cards, 9 Costume cards ("jersey"/Relic), 6 "Bad Karma" cards looks to be villians, 9 "Unforgettable" cards, which is a 9 card puzzle picture, 3 box loaders cards, a 1 card case loader autograph card of Brad Kern Executive Producer, and 5? Promo cards which I have a few of (at one time I had planed on making a post of those promo cards I do have. Maybe sometime I will). I might not have all the promo cards I'm not sure it's been a while since I've looked at what I have and TCDB doesn't list promo cards very well anymore. I have some promo cards from the television series Warehouse 13 that used to be there but are not there anymore. But I digress. 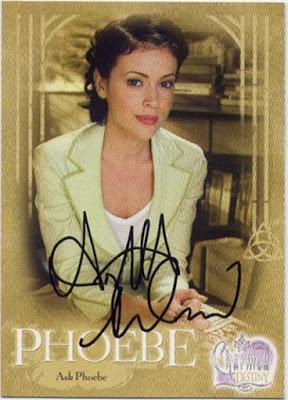 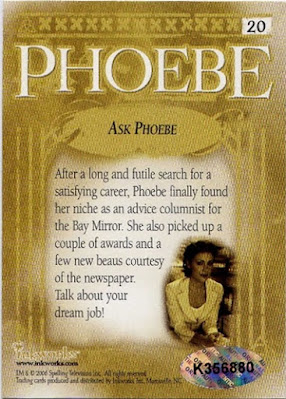 Second card is number 25 On Ice 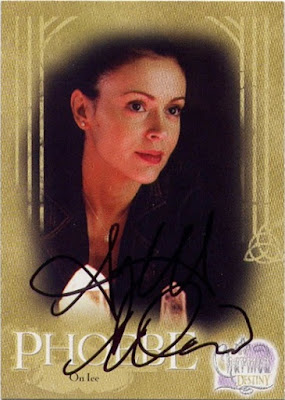 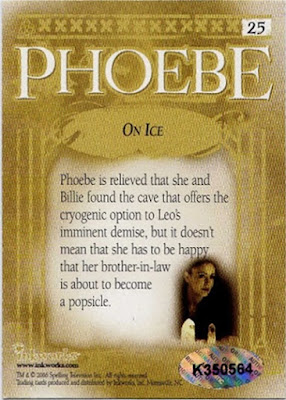 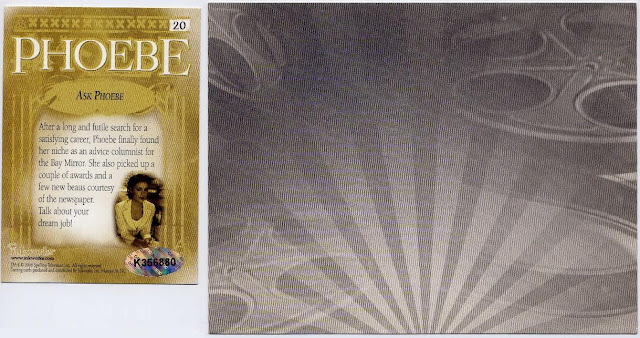 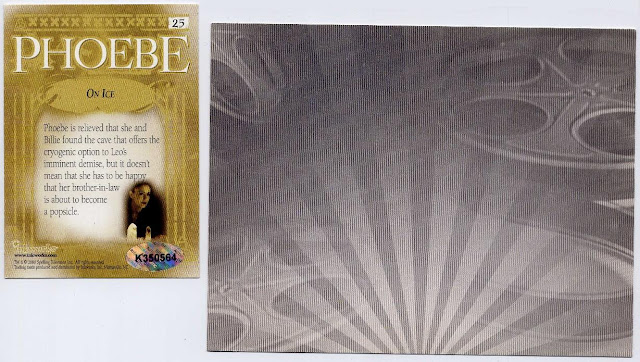 So yeah it took me about 1/2 an hour to actually compose this post. I started the scanning of cards for this post (and my "Curly W Cards" January 2021 blog post) at about 10:30 PM on Sunday 31 January 2021 and it was 10 til Midnight when I was ready to start drafting these posts.