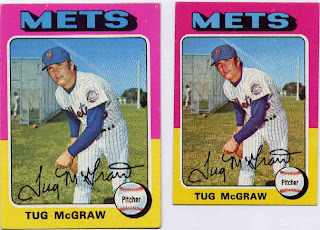 In 1975 Topps hit gold with a parallel mini set of the baseball series. The cards are about a 1/4 of an inch smaller than the standard 2.5" x 3.5" cards. Not as small as tobacco cards but still smaller than the standard size. I think they were sold in separate packs, I'm not sure since I never had any back in the day, I only had the standard cards back in '75 and I got a whole bunch of them then. Sadly most of my '75s were traded away in 77 - 79 or so in a card "flipping/tossing trading" game. Anyway right now I only have 4 of these cards. I have not paid more than $10 per for them. I'm not sure if its the ones I have or if its a standard thing but I've noticed the colors on the minis seem to be a bit darker, maybe it is because they didn't get distributed as widely as the regular ones did so they haven't been exposed to the elements as much. The first one I got I already had the regular one of (or made sure I had the regular one as well since it is a fave player). Tug McGraw - Mets. 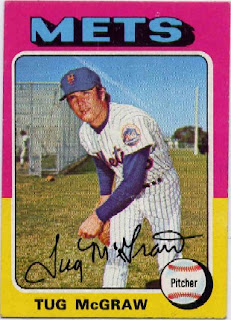 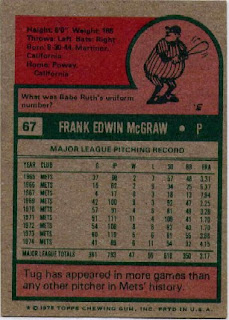 Now here is the regular sized Tug card, even though the scans are approx. the same size: 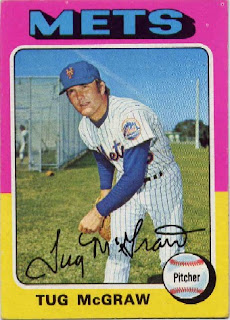 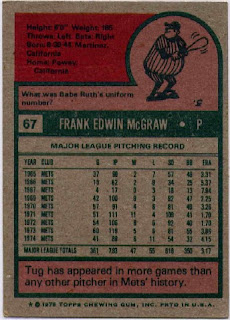 With my other three minis I will show them in the order I think I got them in starting with the man who was the last skipper of the Montreal Expos and thus became the first skipper of the Washington Nationals Frank Robinson. This was from his playing years. 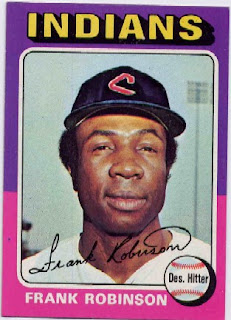 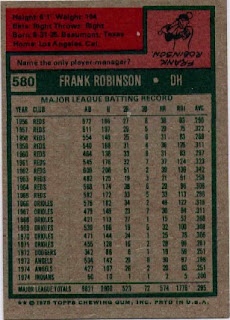 I think I have his regular card, not sure I also thought I had the regular card of this next player but again I'm not sure. Don Sutton who also has a Washington Nationals connection he was the color commentator for MASN (Mid-Atlantic Sports Network) the cable station that broadcasts the Nationals games for television. 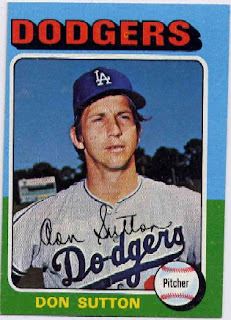 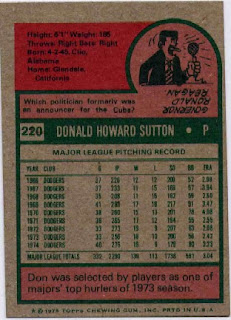 This final card is the final mini I have I also have it's regular mate. Both I got through sportlots.com I had ordered the mini version and the seller sent the regular version, I wasn't sure if I still had the regular version, but I requested s/he send the mini since that was the one I ordered (I think I ended up getting one of them for free) eventually I got the mini version. It is the Team Card of the Baltimore Orioles w/ the team checklist on back, unfortunately both checklists have been marked. 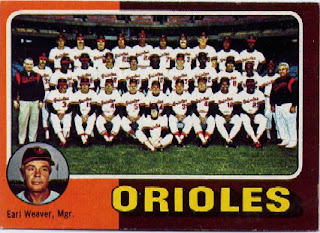 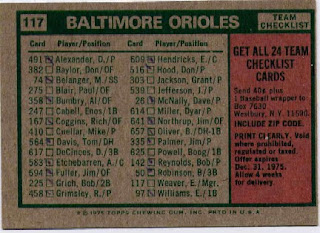 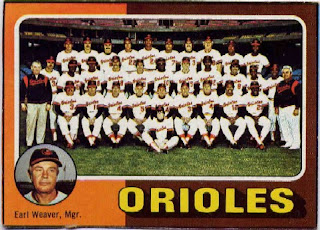 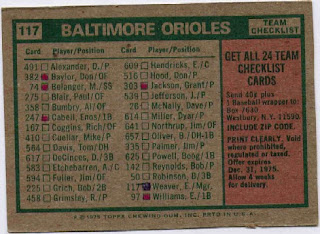 Now just for fun the size comparison of the Baltimore Orioles cards: 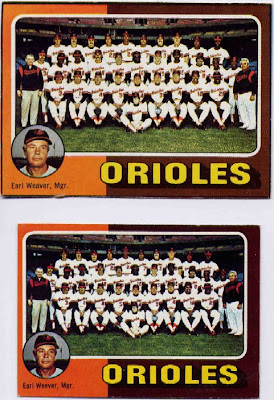