Tobacco and The Military

In February of 2010 (13 FEB) I got some stuff from sportlots including some vintage Non-Sport Tobacco 1939 Players Cigarettes "Uniforms of the Territorial Army" cards. They are about the size of modern minis and there were 50 cards in the set. Originally produced by John Player & Sons in 1939. Player's & Sons was/is a tobacco manufacturer in Nottingham, England. They don't say so but at first I thought the cards I have are the 1990 reprints. I've done a little poking around the internet and it seems the reprints do have markings on the back at the bottom saying they are reproductions and have either a 1990 copyright or 1997. It looks like the reprints have red writing on white backing mine have black ink on white. So I have some of the Originals? They have a little bit of a gloss to them and smell musty (well they did smell musty when I first got them, I think hanging out with some other cards wore their stink off.) If I was sure of them being reprints I might not have gotten them. I usually try to avoid reprints but sometimes for extremely rare or vintage stuff I will get a reprint. Still pretty neat though. If I'm going to get reprints like these I'll try for a full set in NMT condition. Also the originals were supposed to have an adhesive on the upper part of the back for putting into some related album? Anyway here are the cards I got (which might be the originals): 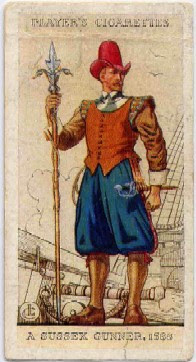 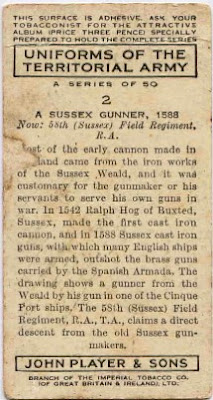 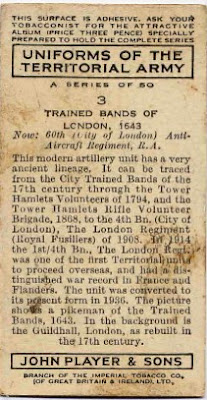 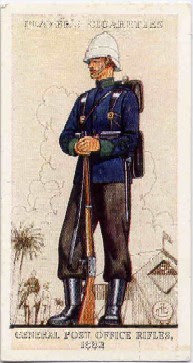 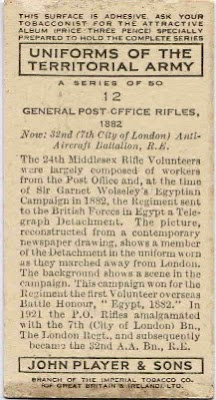 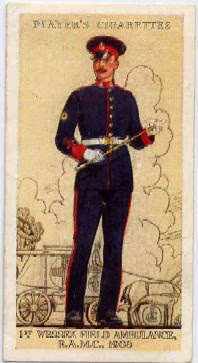 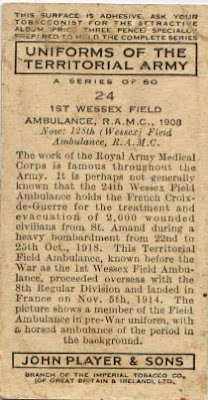 In December of 2009 from Ebay I got a Non-Sport vintage tobacco card ain't that sort of repetitive? (vintage tobacco) for $10 It is a 1908 Recruit Little Cigars Military Series T81-Infantry, U.S. Army die-cut "pop-up" . So this is a good contender for the oldest card in my entire collection. It is in pretty good shape still full card appears to have not been fully "cut out" to stand-up. When I was scanning it I almost punched it out while flipping it over to scan the back side. It is standard tobacco mini card size (the size of A&G Minis).On the back there is a dashed line for standing up the card. I suppose you were meant to fold back the outer "background" of the card and that would act as the back support for the "figure". I'll keep an eye out for more of these as long as they are relatively affordable. 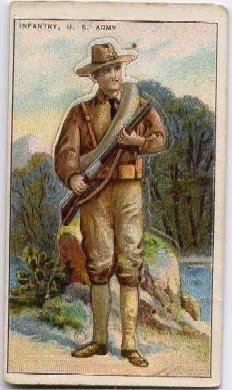 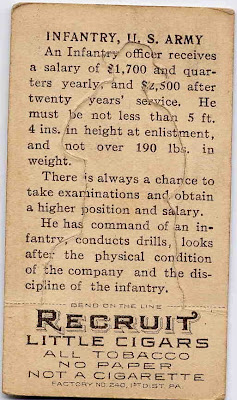