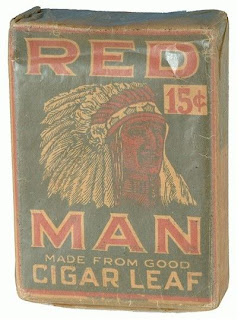 When I was a kid I had heard about Red Man Tobacco cards from the price guides I had picked up at my local card shop (or though the mail) and they even had some on display for $20 and up and that was for the ones without the tab, the ones with the tab were much more. At the time I could only dream of one day picking one maybe two up and spending a fortune. I never thought I would ever be able to afford one with a tab. Well time and the internet has changed all that. Of course I prefer to get the ones that are complete with tab. I will only get these things from places where I can see what I am getting, or that have it in writing that you are getting one with a tab. For some of the bigger named stars I might have to settle for a very poor conditioned without tab.

I currently just have Two* 1953 Red Man cards both Washington Senators, both I purchased from Ebay. The first one I received on 18 December 2009 and purchased for only $10. I didn't note what the shipping was, I don't think it was free but it wasn't more than $2 or $3. It was the first Red Man card I ever owned, and to get one in such decent shape WITH The Tab was a super bonus. 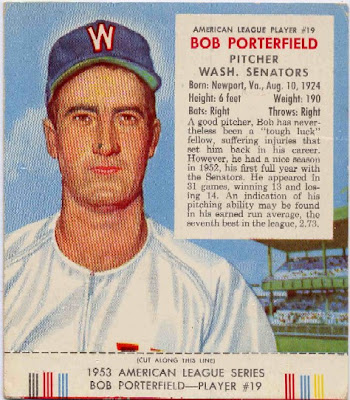 The corners of course are dinged and there are a few very light creases on the front , but over all a very nice specimen. 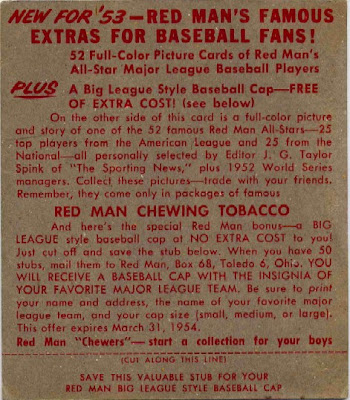 This second one I received on 16 February 2010 for only $6 Delivered! FREE SHIPPING! 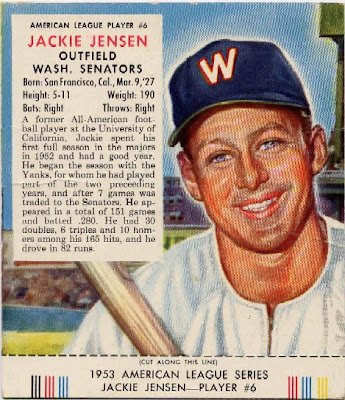 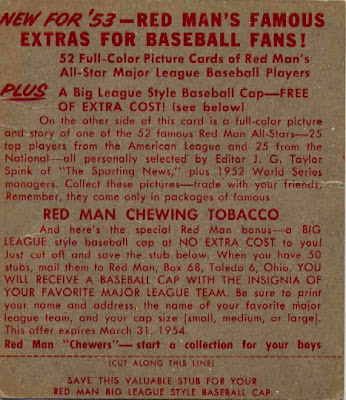 Now I am spoiled with being able to get two nice looking complete cards for such a nice price.It wasn't until I got around to scanning the backs of the cards that I realized the backs all say the exact same thing and have no indication of the card number. I do understand that there are some other offers on the backs of some other cards. I guess I'll have to see when I get other cards from this set then.

NO I don't actually have the vintage unopened pack of Red Man Tobacco. I got the image from robertedwardsauctions website, the card side showed Mickey Vernon also of the Senators. Man I'd love to have that one with the Mikey Vernon card it started at opening bid of $200 and sold for $1,058.

* I have since gotten (25 Feb 2012) a third 1953 Red Man card this one is not a Senator and it does not have the tab and is in pretty awful shape. I got it as part of an 18 card lot of Baseball, Football and 2 Hockey cards ranging from the 1950s to 1970s there were two 1970 Kellogg's Football cards in the mix which was one of the big reasons to get it.. I got the lot from sportlots for a total of 75¢ plus $4.49 postage I got two other lots/auctions from the same seller of about nine 1970 Kellogg's Baseball cards. Four or five of which were in terrible shape. 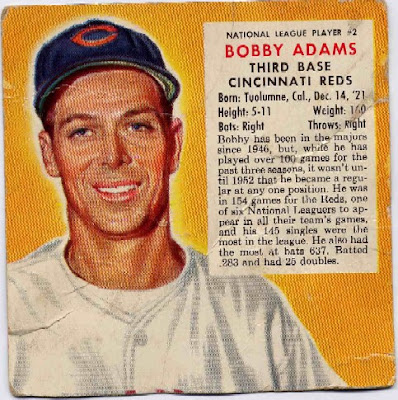 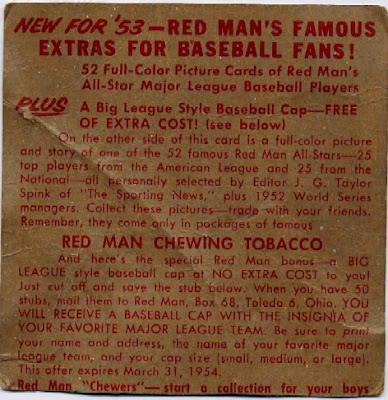