Card Of The Whenever: Brady Anderson

This card comes from a "junk wax" years set that I used to hate. Partly because the first time I saw the set (actually the set from the following year I think) it was a little difficult to to read the player's name in the gold foil, I think the first card or two I saw might have been worn some or poorly printed. In the case of this card it looks pretty good in real life but the name is hard to read in the scan. The team logo however looks OK in the scan but is almost impossible to see in real life. One of several reasons I hate the gold/silver foil nonsense that the card companies have been giving us for at least 30 years now. Anyway as with many other sets from these years, I now kind of like them. This card is also one of those horizontal/landscaped cards which I normally am not too keen on either, but in this case it is pretty cool because it is one of those sliding into the base niche cards that several bloggers are probably going google-eyed over. 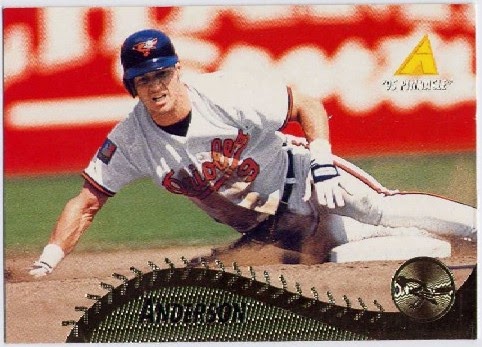 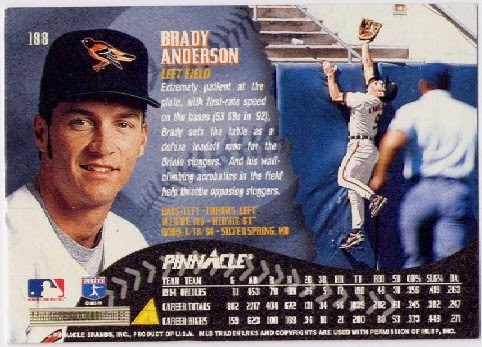