I am falling behind in this Strive for '65 quest of mine. It is looking like I will not complete it in time. However, at the beginning of August (Friday 01 Aug 2014) I received a package from a member at TCZ for the Summer Secret Santa trade thing they had. It is one of those gift exchange things where you are given another members wants/needs and you send them a package anonymously. Along with 4 Washington Nationals cards my Santa sent 17 cards from the 1965 Topps Baseball set. This lot of almost 50 year old card goodness yielded not only the remaining card (#41 White Sox Rookie Stars: Bruce Howard and Marv Staehle) to finish my first Joy of a Completed Page for the set, but also the final key card (#
134 1964 World Series Game 3: Mantle's Clutch HR) to the 1964 World Series Subset.

Here is the World Series Subset fronts and backs by themselves. I won't babble on about the individual cards as I will probably do that when I complete the two pages that they are a part of. 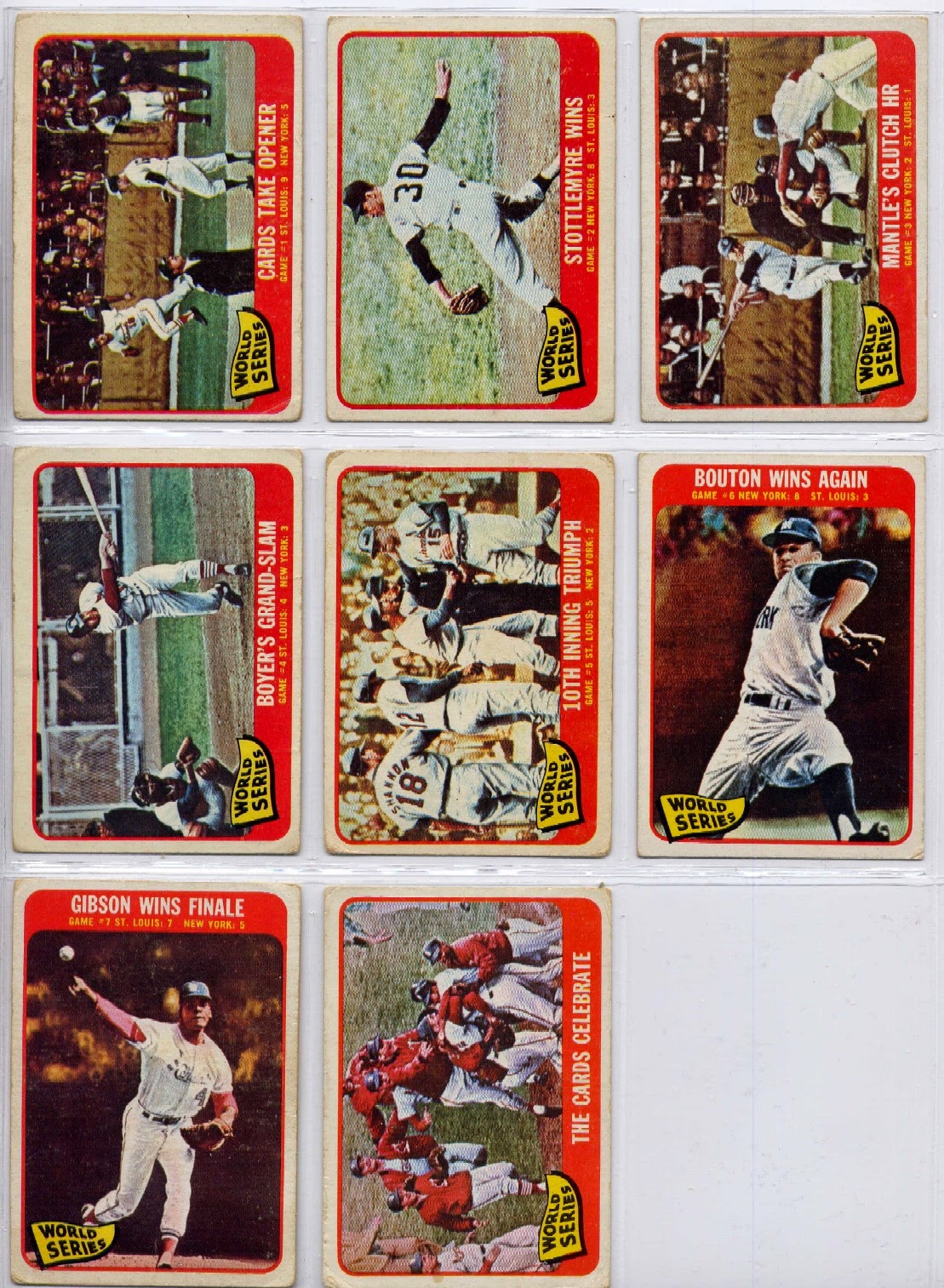 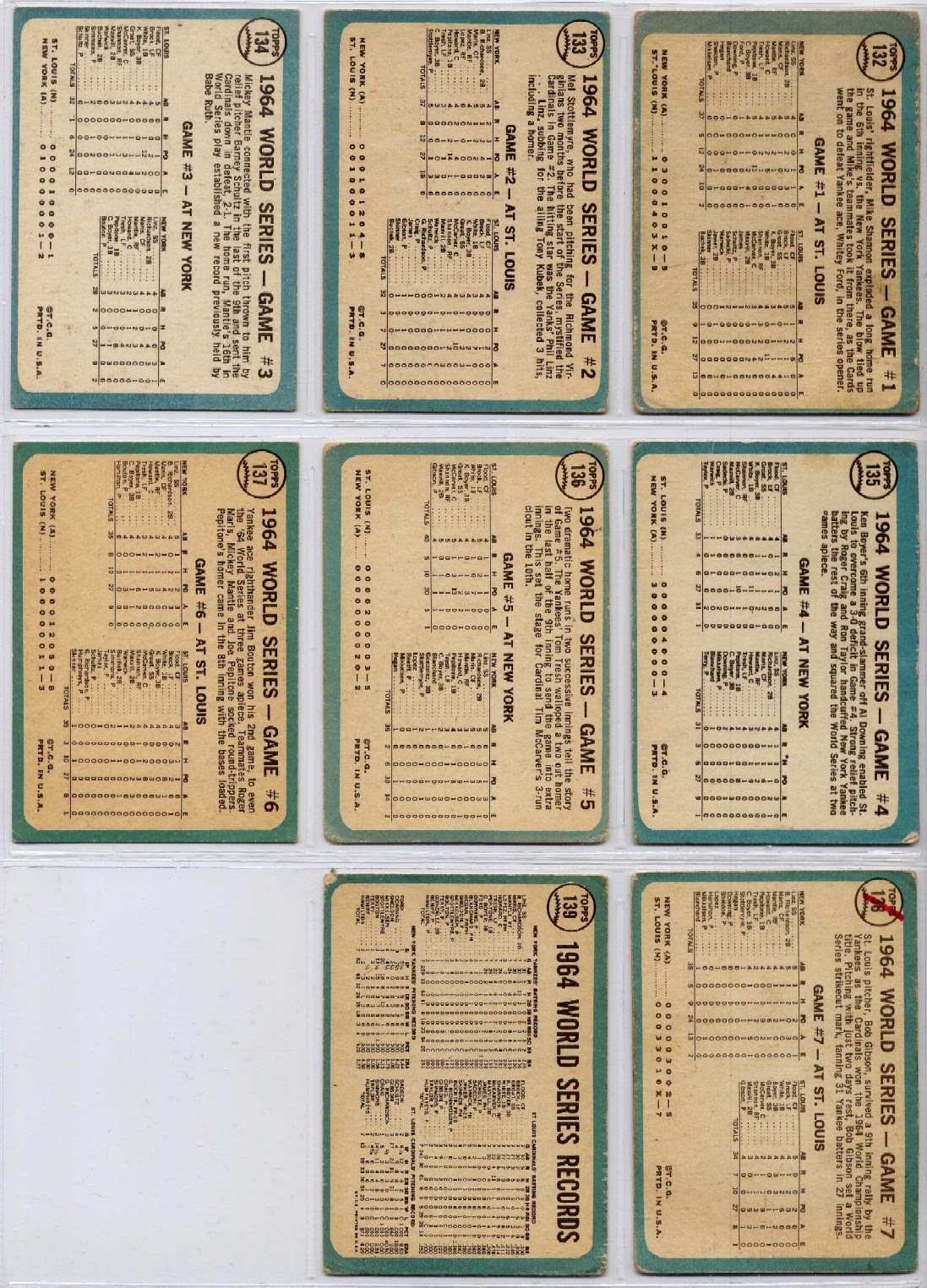 Note card 138 on the back has a red mark through the card number. I would eventually like to upgrade that card but it is not as big a priority as trying to complete the dang set is.