This installment of Mascot Monday is one of the many cards I have yet to feature that are on the MM Logo. I have a feeling that the next zillion episodes will be these cards and everyone will get bored and tired of them. *Heavy Sigh!*

Last year (2014) when the Chicago Cubs announced they were getting a mascot (Clark) for the first time in over 100 years. I couldn't help but think of this card that I have had for a few years. 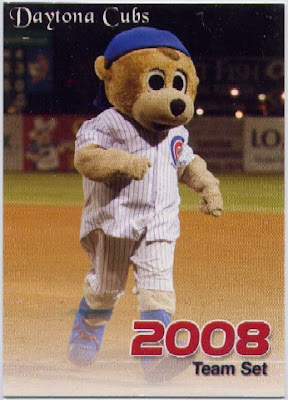 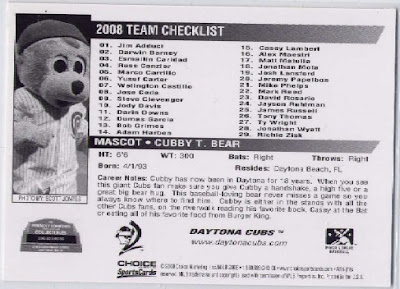 As of the 2015 Season the Daytona Cubs changed their MLB affiliation to the Reds and were renamed the Daytona Tartugas (Turtles/Tortoises). In October of last year Cubby was physically auctioned off. Bidding started at $200 and the final bid was $2,105.