Before I begin my card collecting tale (one of many tall tales of my collecting days and collection) I want to say that the last few months I have struggled a little with my desire to continue to blog about cards, or even blog at all. Mostly it is my desire to keep my posts per month tally current that keeps me going. I don't like seeing gaps in my posting calendar. Now days it is mostly for me as I don't have very many followers and never will have a whole bunch. I can dream all I want, but the fact is I don't produce enough quality content on a consistent basis to gain even a few dozen followers. But there are still a ton of cards I want to post about. Another fact is there just isn't enough time to create all the content I have had planned for the blog. I have some ideas that I have had for years that I hope to eventually blog about, even have the cards in a box somewhere ready to scan. But I digress way too much. 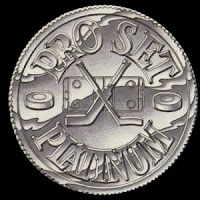 OK here is a post about the 1991-92 Pro Set Platinum Hockey set. It is specifically about the Celebrity Captains sub-set. I was going to say while looking through my card collection/hoard hunting for a subject to post about I stumbled upon these cards. Well no I didn't stumble upon them because it wasn't while hunting, or maybe it was and I found one, but remembered I had another and discovered a few I had that I wasn't sure I had, but didn't find the One that I was really thinking about mentioning.

It looks like there are only 12 cards in the sub-set and I have half of them.

OK so the ones that I have that I wasn't sure I had. I am pretty sure they were from a small Sportlots.com order I made to get some of the cards from this sub-set. are these: 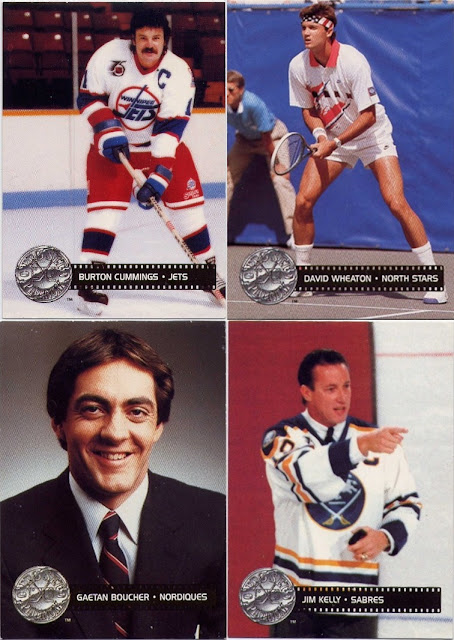 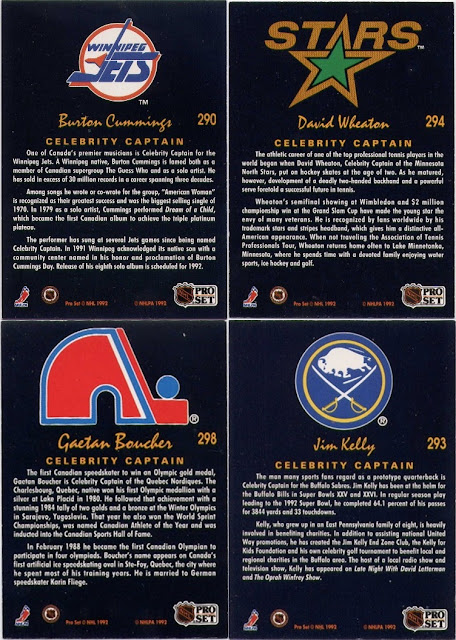 The card that I "stumbled" upon that reminded me I wanted to pick up the build for this sub-set again was this Neighborhood Friendly one: 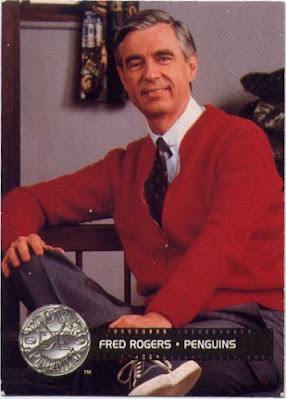 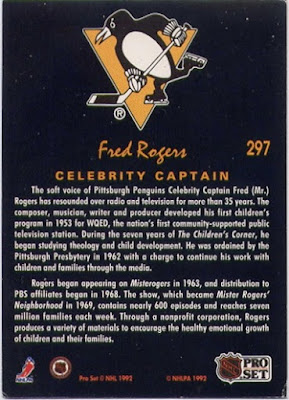 The card I was really wanting to show I couldn't find on quick notice. Not sure where I placed it, but I looked in just about all the places I thought it would be. Anyway the card is from my Homie Washington Capitals and a guy who used to yuck it up with all sorts of celebs before he retired. Yep talk host Larry King: Anyway I couldn't find my copy so I used the images from The Trading Card Database for this card. 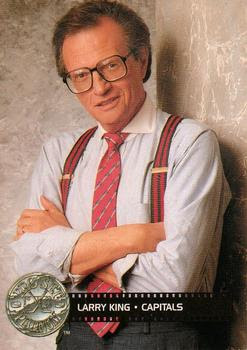 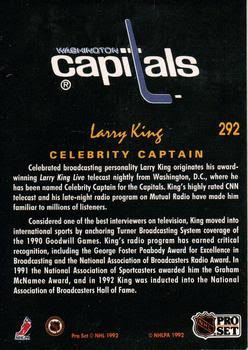 I think I will add the cards I'm missing to my shopping cart over at Sportlots again. I think I had some of them there but those copies either sold or the seller did something bad and was removed, or the most common reason the cards had been sitting in my cart for way too long and Sportlots emptied them from my cart due to being too old.