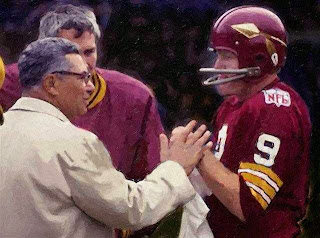 Some months back {looking in email history and saved text messages*} I had gotten an email from someone with an offer to sell me a card. I'll call him "Bob" to protect the guys identity and spare some of the embarrassment. In addition I couldn't remember his name until I located my communications with him.

Out of the blue I get this email from "Bob":

"My grandfather left me certain baseball and football cards including a Sonny Jurgensen from the 1969 season. His # was 6 and was QB for the redskins. He was the leading passer in the NFL in 1969. The card is probably 1970 T.C.G. It also has an autograph on it but I doubt that its real. Would you like to purchase it? I can take pictures of it with my phone and send it to yours to prove that it's real or I can sell it to someone else. Its up to you."

OK he got my interest, one of my all-time fave players and a vintage card probably signed in person sometime within the last 40 years. I let his comment about Sonny being number six slip. Probably should have torn him a new one for that, but I'm a nice guy. Actually it turns out #6 was the card number, good thing I didn't go all Chuck Norris on the guy. OK so I had to find out what this was all about.

I replied:
"Yes I am interested in it and yes I would like to see pics of it first."

Bob:
"Took the pics just need a number to send them to
My number is  xxx-xxx-xxxx"

He sent a blank Message asking for me to send him my cell number.

I don't normally do text stuff like I said but I replied:

"My cell number is xxx-xxx-xxxx"

Bob replies:
"Hope u got the two pics. As u can tell they're in good condition and the real deal so whats ur offer cause I'm dealing with several people on this card"

The rest of this conversation took place with text messages. 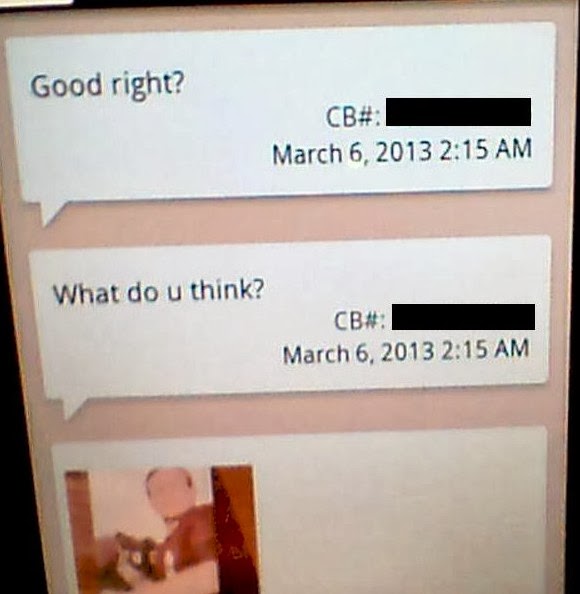 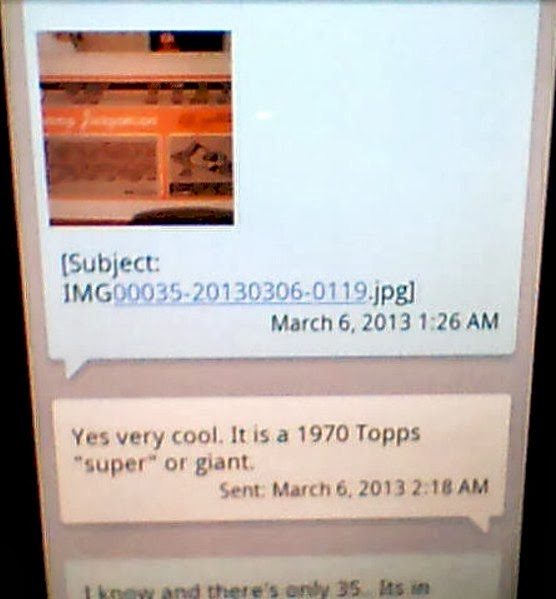 'Bob' sent a couple of pics of the card (I cropped them here a little). 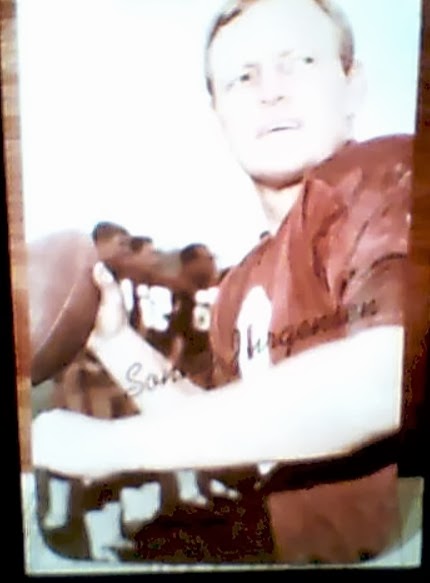 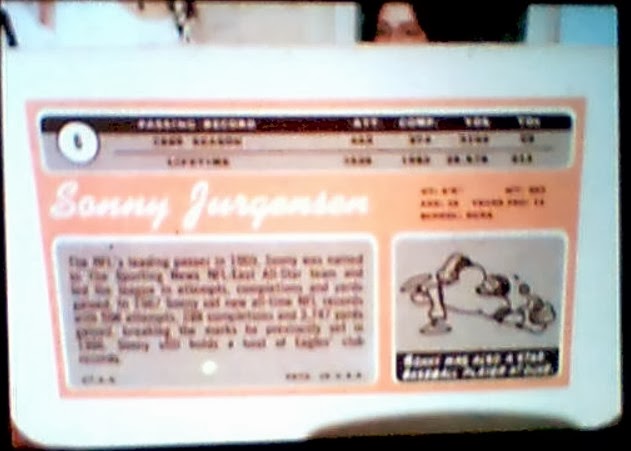 Cell phone picks of the card, I got a kick out the back "dining room table w/Mom walking in" shot. That at least is what it looks like. Also looks like there is one of those weird white-fade-out dots on the back or it's paper loss. The black spot on the bottom I think is the shadow of his thumb.

Seeing these pics I said:
"Yes very cool. It is a 1970 Topps "Super" or Giant"
At the time I couldn't remember if Topps called them Super or Giant they call them Super. 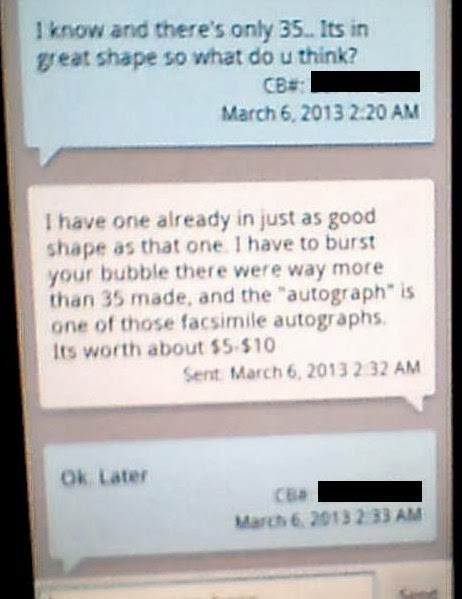 My comeback that goes for the jugular.
"I have one already in just as good shape as that one. I have to burst your bubble there were way more than 35 made, and the "autograph" is one of those facsimile autographs. Its worth about $5-$10."

He concludes the conversation with a simple "Ok. Later"

Here is my copy of the card: 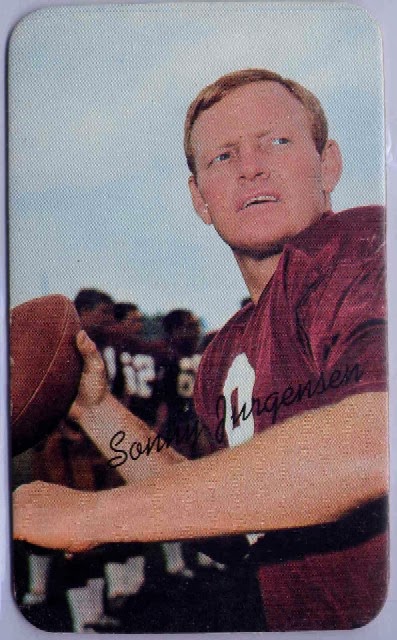 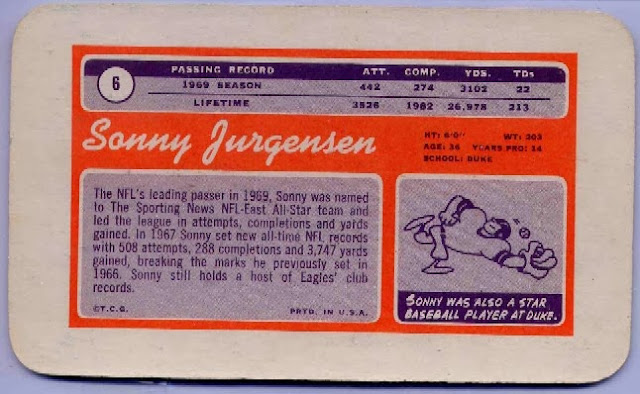 So yeah the guy thought that this card: was more special than it was. He thought it was number 6 of only 35 special Sonny Jurgensen cards, or he was playing me for the uninformed super fan who didn't know his card history.

*For the record I rarely text message. I receive text Messages from the Nationals for the game updates and I have entered the occasional contest via text like when NBC had that game show "Deal Or No Deal" and had a win from home thing where you picked a case (out of 4 they showed on the screen) and then text in the number with your guess and if you picked the right number you had a chance to be picked randomly from the right guesses. Oh and when I'm waiting for a tow truck I let AAA text the 4 digit call number for my situation.
Posted by CaptKirk42 at 12:00 PM