2008 Topps Stadium Club Autograph: Fred Davis
Here is a card I scanned ages ago and I don't think I ever mentioned it anywhere, maybe I mentioned it or showed it on a forum but I don't think so, at least not the full on front/back combo. It is a pretty cool design and one of those sneaky on-sticker autos disguised as an on-card auto due to the card design. I think I got it from a group box break, but I might have bought it for $5-$10 bucks I don't recall, and frankly it doesn't matter that much. 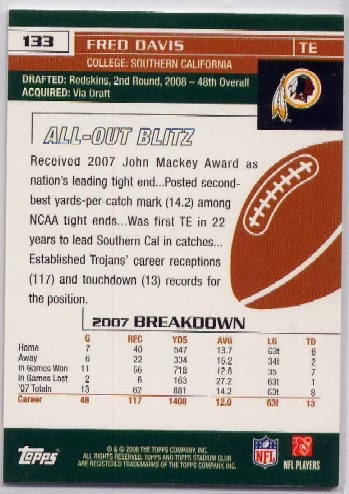