I'm in the mood to attempt to host a Basketball Blog Group Box Break. I know the end of the season, end of March Madness is NOT the best time for a box break for Hoops cards, but hey its cards. Back two years ago I held a Baseball Blog Group Box Break with 2007 products that was somewhat successful. I'm more of a Baseball and Football guy than Basketball so I might make some big time mistakes with this thing. I hope I don't leave out any needed details, the whole Charlotte/New Orleans Hornets thing is kind of confusing enough (like the Winnipeg Jets thing in Hockey). I'm going to do this a little different this time. For the Baseball break I drove myself nutty by keeping to a semi-rigid schedule of when I did stuff, and by assigning ALL the unclaimed teams. With only 6 or 7 people that meant each person had 3 or more teams and I had to ship most stuff out in boxes not the originally planned bubble mailers. One person got two packages/boxes. I should have used flat rate priority boxes instead of the randomly scavenged boxes I used. I was trying to keep the shipping costs down. This time I won't random the unclaimed teams, the base anyway. I will randomize any hits and possibly inserts but not base. I'll try to keep things real simple this time. Hopefully I can get a least 10 people, 15 or more is preferred.

I will record videos of the break but because of my limited capabilities (Ustream not being able to save live broadcasts anymore. Correction Ustream deletes videos older than 30 days old. So no permanent storage anymore) and unknown break times they will not be live. I will post links to the videos on my YouTube account. I will post the pack results old school on the blog for those who prefer just reading and to list the pulls. All hits and most inserts will be scanned. Some base will be scanned but not all.

I have chosen some recent Basketball Product from years 2012-present and ordered it via Dave & Adams CardWorld.

It is already in hand and based on the plain brown paper that they used to cushion the boxes with, it acts like one of those spring loaded snakes in a nuts/snack can, it is ready to bust out. I paid a little extra to have the boxes shipped next day instead of the standard 3-Day UPS Free Shipping I was eligible for.  When I placed the order I already had the next day off so I could insure I would be available when the delivery was made. Surprisingly it was delivered about 10-20 minutes earlier than the stated 10:30 am delivery time. 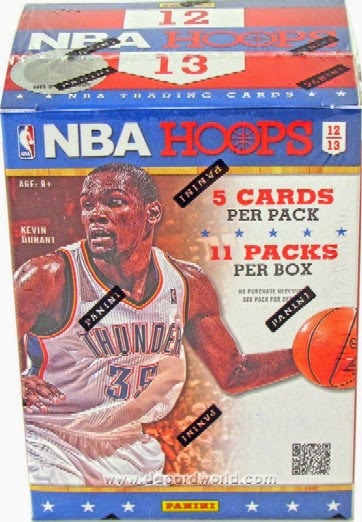 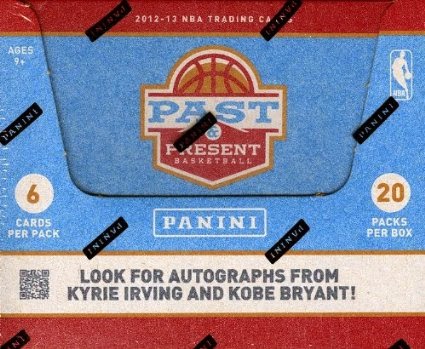 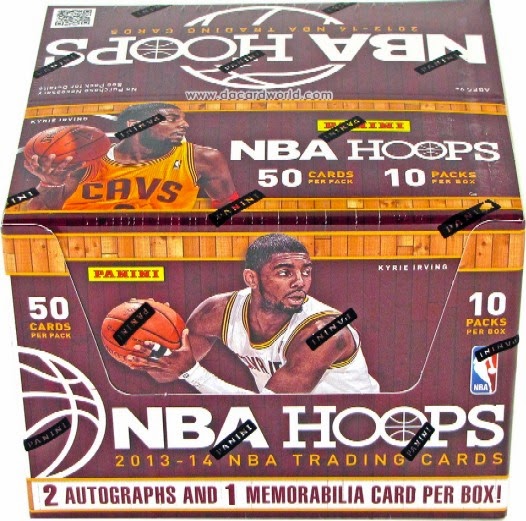 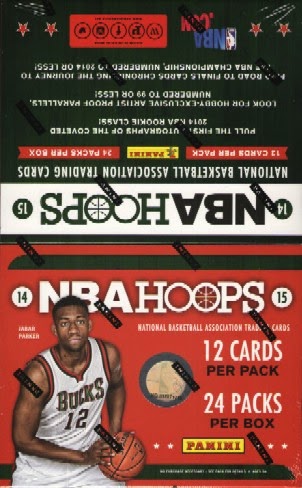 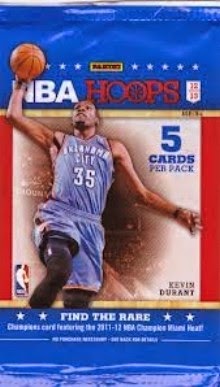 FREE: 2012/13 Panini Hoops Basketball Retail Pack:
7 Packs - 5 cards per pack.
These packs I will open as a teaser for the break before it is filled to test the video aspect of this break. The cards from these seven packs will be included in the break loot.

Some Break Guidelines:
- Cards will go to team the Player is listed on. If player is pictured in a uniform that doesn't match the team named, the card will go to the team named on card not the uniform shown.
- Cards with players from multiple teams (league leaders, rivalries etc) will be randomized between the owners of the teams on the card.
- Checklist Cards with no specific team listed will be randomized.
- Cards showing players in college or minor league uniforms will be assigned to the team the player was drafted to or was on for season the set is from.
-Cards depicting defunct teams (as in the case of Past & Present) will go to the current team from that franchise if still in existence. If no current team then the card will be randomized.
- All cards for the team will be shipped out including duplicates. The exception is with Past & Present since I am building that set I will take one of the duplicates and ship the rest.

Sign-Up:
Here are the sign-up details. First you should be a follower of my blog. Next the cost will be $10 per team for the first team. Each group member will get a chosen team of their choice (first come first serve). Additional teams are $5 per team. NO Random teams will be assigned. Payment should be made via Paypal (as gift if possible but not necessary) my Paypal payment email is klandersen at aol dot com. I usually prefer using my yahoo email same handle but when I signed up for Paypal ages ago, when it was mostly an Ebay only thing (but before Ebay bought it), I only had the AOL account. Contact me via email (either AOL or Yahoo) for alternate payment methods BEFORE signing up if you can't do Paypal or if you have any questions about the break itself.

I am taking break host's prerogative and have bought the Washington Wizards.