First this post is not about College Hoops championship games which occur this time of year. This is about a completion of another Homie Team Set. This time one of the easier Basketball sets of the Bullets from the 1990s. The only "rare" card I think this team set contains is a color swap/error variant which isn't really all THAT rare. It isn't necessary to have all variants for a team set to be considered complete, but it is fun having them. The other cards seem to be super easy to find as this set is smack dab in the middle of the junk years. 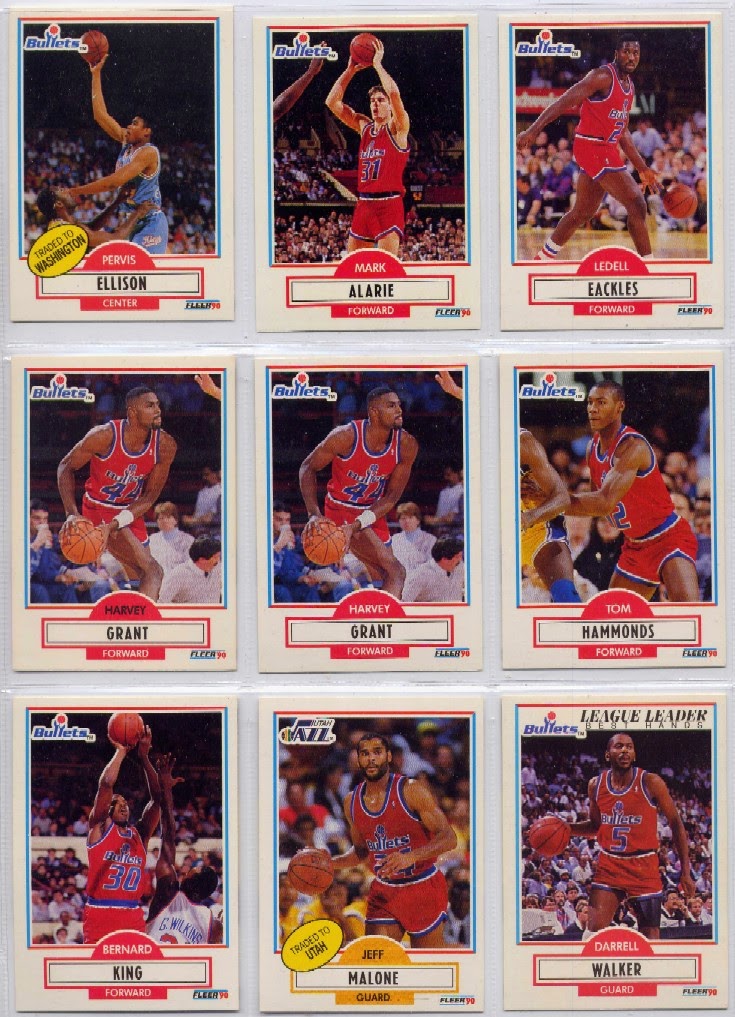 The set is 1990-91 Fleer Basketball The Washington Bullets. I have included one player that was traded to the New Orleans Utah Jazz Jeff Malone because he is pictured in his Bullets uniform even though the card is branded with the Jazz logo and the "Traded to Utah" bubble. I also have included the three cards from the Update set which technically is a smaller team set. The design of the set makes me want to get the rest of the set. I do have a lot of cards from this set, but haven't cataloged all of them. **sigh** a collector's work is NEVER done.

I also have three cards from players who used to be Bullets a few seasons before. I think I'll reserve yakking about them in a later post.

Interested in a Basketball Group Break? Check it out.
Posted by CaptKirk42 at 12:00 PM