Updates: Winners and a group break 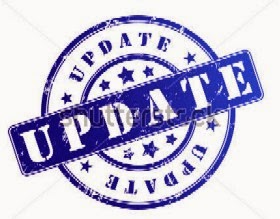 This post is basically just to update a few things. First I admit I am more than a bit behind in taking care of my end of some trades that I have already received cards from. It makes me feel bad and then I get all depressed and then I look through my card hoard start to go through it and then get tired or distracted. Sorry if you are expecting your end of a trade with me. I'll eventually get around to things I just have the trading part of trading cards thing in low gear right now.

Well here is it April and I am another year older (well technically not til around 2:20pm Saturday the 4th) and did not reach my Strive for '65 goal. In just a little over a year I managed to acquire 118 new cards for the set (116 unique, two were the checklist variants) since I started my goal back in January of last year with only 94 cards from the set. Some I have had since as long as I can remember, others not as long. A few I had only had a few days/weeks before I decided to go for the goal. I now have 210 (212 with variants) 35.5% cards from the set. So I am a little over 1/3 of the way complete and still have 2/3 of the set to get including some of the very expensive Super Stars like The Yankees Mickey Mantle, and Roger Maris to name but two. At this rate it will be closer to the 55th Anniversary that I finish the set if ever. WWWWAAAAAAAAAAHHHHH!


I held a blogiversary contest and am sort of hunting for stuff for the winners/runner-ups. I'm taking my time a little bit because I still haven't heard from two of the winners. Granted the contest was held about 6 months ago and the winners just announced about 2 or 3 weeks ago. So all in all pretty good for a PFC*.

I am also looking for people to fill my Blog Basketball Box Group Break. It is my first Basketball one. Many good teams still available. Sign-Up and join in the fun.

Well I guess that is life in the big city, or rather the suburbs of the big city. On a bright side it looks like I'm just two followers away from having 100 followers. OK we know that technically not all followers still follow and those who are private followers don't always show up in the following count, some people loose interest in the blogs they were following, or loose their internet connections, others change their online accounts and then there are those who sadly have passed away, but the system doesn't know those facts nor does it care. 100 followers is 100 followers, even if only 1 or 2 are still left following.