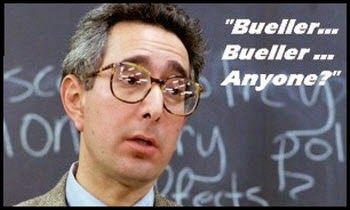 OK so you aren't going to be marked absent or win Ben Stein's money on this one, but you will get some nice looking Basketball cards out of it. Yep there are still some great teams available in my Blog's Group Box Break: Basketball Edition Number 1.

The boxes in this break are low to mid-range products from the 2012/13 - 2014/15 seasons with most being 2012/13. The Champion teams from the Spurs and Heat are still available, even all-time faves Bulls and Celtics are available. There are still some good teams available. Chosen teams only, no pesky randomly assigned teams that you don't like (and their cards that you'll never get rid of).

My goal for this is to have 10 people, OK 9 plus me as a bare bones minimum in this break. 15 or more would be better but I won't start busting the boxes till I get at least 7 or 8 more people. I know it is Baseball season, and Basketball is winding down, even Hockey is winding down, but I am in the mood to bust some Basketball right now. The Boxes are in hand and busting at the seams to be opened.

I have opened the freebie packs that D&A included since I ordered so dang much. After I scan some random cards from those packs I'll post the video and results from those 7 packs. I was planning on using the pulls from those as an incentive for people to join the break. Unfortunately they didn't yield any spectacular "Hits". It was as I mention in the post for that pre-break just base.

I wasn't planning on putting a deadline for sign-up for this. I was hoping it would start to fill somewhat and be full enough I wouldn't need a deadline. Then again my blog is not at the top of the popularity list, so sometimes it takes twice as long for people to notice anything I post, if they notice. Its been almost one full week since I announced this break and I only have one person signed up. Another downside is most of my almost 100 followers are mostly Baseball people.

Goal for this week to get a minimum of TWO More People Signed up before April 14. Lets see the Basketball season ends 15 April and the Playoffs start 18 April, so folks should be signed up before then right?

I guess I need some pimpage help for this break. Let your peeps know this break is gonna happen. It just needs da peeps.

Updated: Had to make an adjustment or two for a second sign-up.
Posted by CaptKirk42 at 12:00 PM