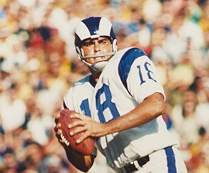 One of my all-time favorite NFL Quarterbacks is Roman Gabriel who played for the Los Angeles Rams from 1962 - 1972 he was traded to the Philadelphia Eagles in 1973 and retired as a player in 1977.

From Ebay I recently got a couple of Photos that are originally from AP (Associated Press) Wire Services for $10 (plus postage = $13 almost $14 delivered). These photos were sent by AP Wire to broadcast stations, newspapers and other news services for publication. The backs of these photos are stamped "TV MAG" I'm guessing they had been used by a magazine. Both have some editing marks for cropping the picture or making a zoomed in enlargement. 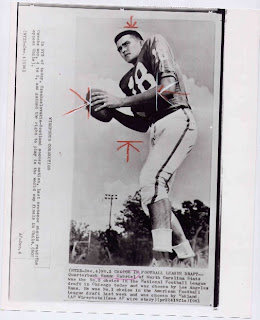 The caption on this first photo reads:

There is also a caption on the left side that gives some correction information for the last sentence of a news story for a soccer game between Czechoslovakia and Scotland. 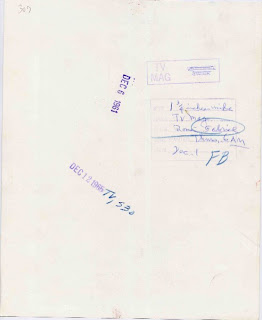 This second photo has a tear at the top where the down arrow is. It goes from the top edge of the photo to the top of Romans head, it makes it look like he has a bald spot. The vertical editing marks for cropping the photo to a head shot are slightly deeper than those in the other photo. 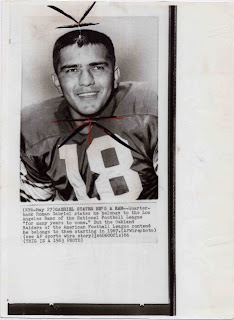 The caption on this second photo reads: 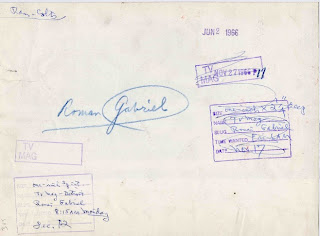 The back has a date stamp of JUN 2 1966. It is interesting that there is a note on the upper left corner that reads "Rams-Colts"