Attention readers: I will soon be hosting a group box break here on my blog. It will be a Baseball break with products from 2007: Bowman, Topps Heritage, Topps Turkey Red, Upper Deck Artifacts and Upper Deck Masterpieces. I am ironing out the details and making my plans for it. Since it will be the first break I've ever hosted I want to have as much as possible planned out ahead of time. That is one of the reasons why I already have the boxes in hand (another is I live in an apartment and waiting for UPS to show up on a specific date sometimes is not an option).

Here is what we will be breaking: 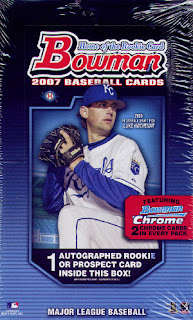 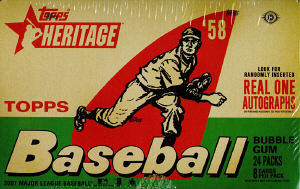 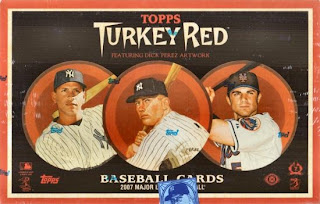 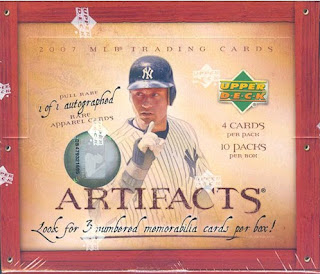 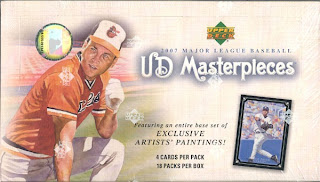 2007 Upper Deck Masterpieces - 18 packs, 4 cards per pack. Average of 3 Memorabilia Cards and 1 signature for each box. (Means there could be less than 3 or there could be more)


NOTE: The images of the boxes I got from online to save time. Scanning the boxes would have caused brightness issues due to scanner lid being at weird angles and heights. Taking digital pics would have taken my more time. They are the proper boxes though.