1971 TOPPS Insert Game Mini Poster Pin-Ups
In 1971 Topps produced a Football Card Game similar to their Baseball Card Game from 1968. In addition to the cards (set of 52 cards) they produced a set of 32 Mini Poster Pin-Ups that had the game board on the back for the card game. The Pin-Ups were folded up in the packages with the cards, they are the size of 4 cards put together. 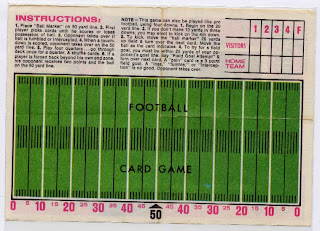 A special "field Postion" marker card was an extra card for the set. Apparently you were supposed to cut it in half using one half to mark the ball on the field and the other half for the first down marker. 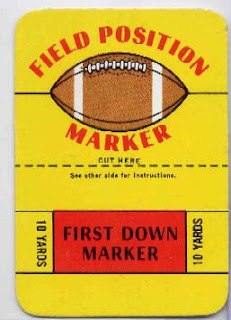 I'm pretty sure I had a few of the pinups back in the day, and a few of the cards, but I don't know where my original ones went. The ones I have now have come mostly from Ebay purchases, some of the cards have come from trades.
Pin-UP # 1 Gene Washington - 49ers 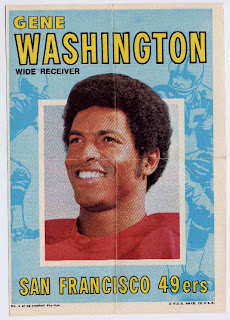 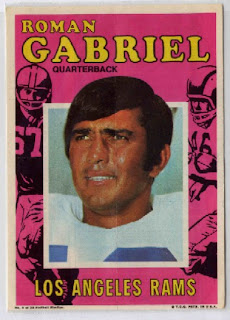 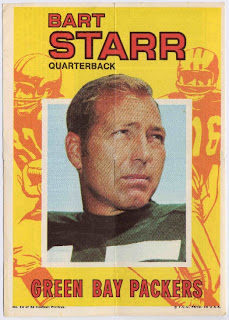 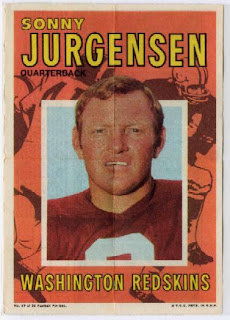 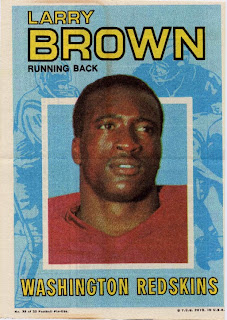