It's been quite a while since I've added a post here, as a result I may have lost some followers. Not to worry those who are truly interested will follow and eventually find me I guess. Anyway back in January of this year (2010) I had gotten some cards from Ebay for nice prices. I don't recall exactly but I know they were no more than $10 a piece, I think they were $5 each give or take a few dollars. One of them I think was a few dollars more than the other two because of a second bidder, or higher starting price. To be specific I got Three Topps 1970 Super Football Cards:

All three cards are in very nice shape. I recall back in the day I had the Jurgensen and maybe the Jones, but due to poor storage by a younger kid me they were in terrible shape. I don't recall what happened to them. I thought I had a few cards from this set still left, but didn't find them. Oh well.

The backs of these over sized cards are the same style as the regular issued cards. These cards are on a very sturdy cardboard stock so they are more than just regular "Tall Boys" which have been made in other years. 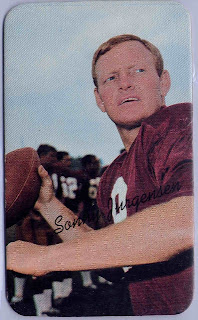 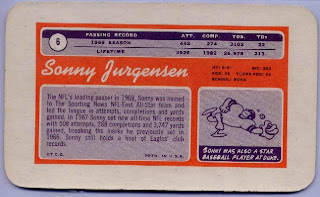 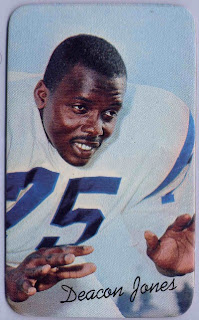 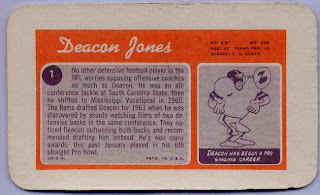 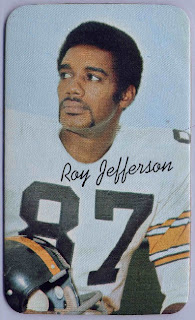 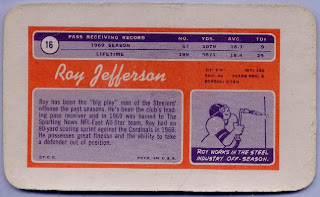 There are 35 cards in this subset and I just have these three as of now. I would like to get the others, and as usual for a cheap price, free or by trade.