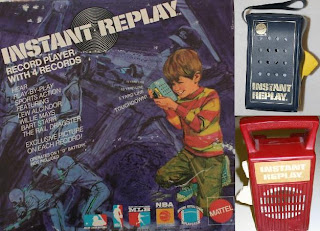 Back in the day early 1970s around '71/'72 Mattel released a wonderful electronic audio toy. The Portable Instant Replay Record Player. The hand held audio device used batteries (1 D cell) and played these little 2.5" records. The player came with 4 discs to start your collection off, then they sold sets of 4 discs of football, baseball, basketball, racing and mixed sports. I forget if Hockey was included or not. The little button on the side basically was just a play/eject button, it might of had a fast forward but I think it was just play/stop/eject. Every once in a while Ebay will have some of the discs available and sometimes the players. 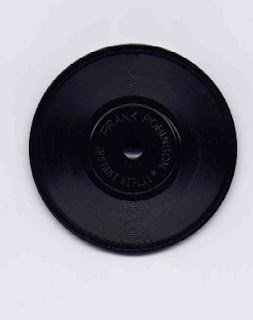 I had the blue version of the player which I think was the first generation one, my brother had the Red version which I think came about a year later (1972) with "double sided" discs. Those discs had two pictures on the disc but I think just played on one side. The quality of the recordings was not that great, and as your battery ran down so did the playing of whatever was on the disc.

Back in the day my brother and I had about two dozen of the discs or so. There were many players I recall knowing about because I had this "toy". Over the years the discs were lost to time, or rather the "utility room" in our basement. Many of the discs sell for between $10-$30 or more sometimes you can find lots of several of the discs for a better price.

Anyway my rebuilt collection of the discs (useless as audio records unless I can find a working player for a decent price) are shown below. The Frank Robinson disc I got for $15.00 at my local card shop and the Sonny Jurgensen I got for $6.99 (+$2.00 postage) from Ebay. 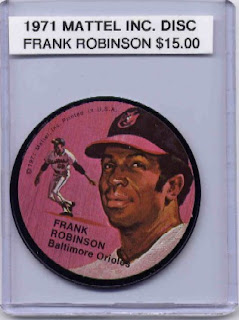 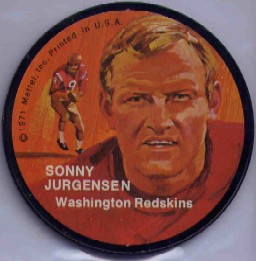 The Ebay seller sent as a bonus an unopened pack of 1991 Upper Deck The Quarterback's Challenge cards distributed by Domino's Pizza. I'm debating if I should open the pack or not. 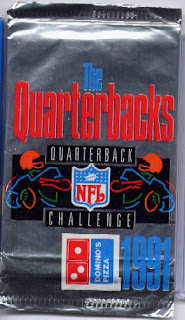