Here are some neat decks of playing cards that depict the Pro Football Hall of Fame (NFL) Museum Building in Canton, Ohio. I got both of them from fishing on the Bay. In the Summer (or maybe spring, or fall I'm not sure of the time of year) of 1980 my brother and I drove to Canton, Ohio home of the NFL Hall of Fame. I have some vague memories of it, one of the most vivid memories was walking around the outside of the Hall buildings I think there were only 3 at the time, and the 4th was being built or there were 2 and the 3rd was being built. I'm not sure of the time-line history of the buildings. The biggest memory that sticks out was actually the stadium and the field where they play the games. At the time we were there (we spent only a few hours) it was either way before the Hall of Fame Game or way after for that year. The stadium was empty and we could see the rather plain field. That part was a little disappointing. Anyway on with the playing cards.

Both sets I've got are similar in the back designs they show the Main Museum building the first one is in sepia tone the other one in full color. 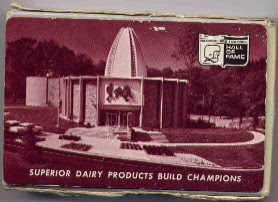 The Sepia Tone Deck appears to be from the 1960s based on the cars that are shown in the picture. The deck seems to be a promo device for a company called "Superior Dairy Products Build Champions". The box (and the jokers) have some manufacturer information, but not the actual copyright date. It is made by Brown & Bigelow (division of Standard Packaging Corp. St. Paul 4, Minnesota).

Here is the back of the deck box, the Ace of Spades, one of the two identical Jokers and the face cards of the Hearts. 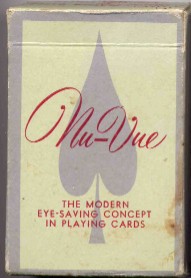 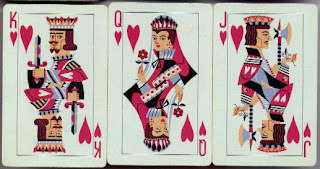 The full color one I used to have a similar one from back when my brother and I visited the Hall around 1980. It is probably made in the late1970s, it  could be a more modern issue based on the late 70s version I originally had. Of course that deck is long gone this is a new one. I thought the deck I used to have years ago had the gold flecked edges but I'm not sure if that was true. I might be confusing it with a deck of Disney World cards we had that showed Cinderella's Castle. This one doesn't have the gold on the edge. Anyway this new deck is still sealed I got for $20 delivered. The original "Buy It Now or Best Offer" price was $20.00 with $6.00 shipping. I made an offer of $14 ($20 delivered) and they accepted that. I wasn't going to pay much more than $20 for this set, even with a ton of sentimental value of it. This deck just says "Made in China" not sure of manufacturer. Maybe the Ace of Spades has that info. I won't know unless I find an exact copy that is opened. 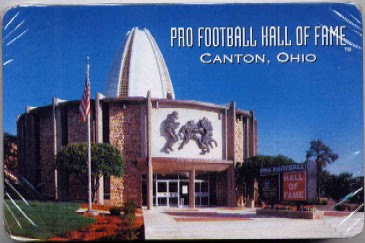 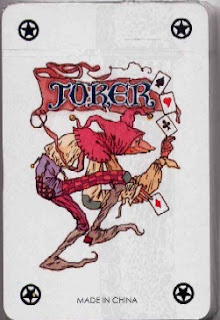