I was going to make this a post about just one card I had gotten recently (Jim Brewer), but I figured I'd talk about the whole set for this particular year. 1968 Topps Baseball. I think I had a ton more of these things when I was a kid than I do even now with buying what seems like a ton of them one or two cards at a time every few months. I'm not sure exactly which year was the first year I personally ripped open a trading card wax pack, but I do recall 1968 as being one of the first years I remember having cards from. I think 1970 or 1971 was the first year I personally opened a pack, or "bought" one. When you are a kid your "purchases" are usually really your parents or an older sibling "buying" the item for you while you wait impatiently to rip open whatever package it is you are about to get. I also recall that for the '68 cards the background pattern for some of the cards was really funky. the detail in the pattern of the dots or splotches seemed to vary. I couldn't decide if they were going for the look of a cork bulletin board or burlap sacks. 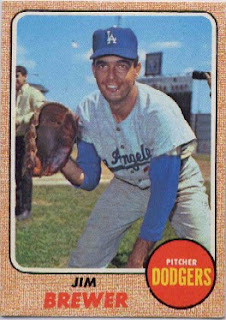 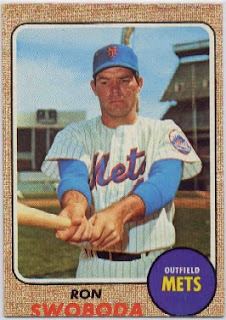 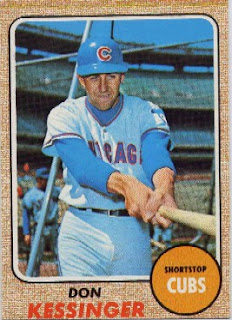 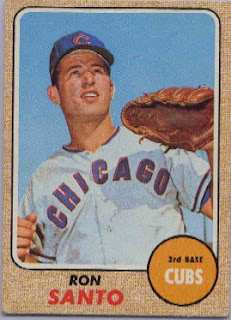 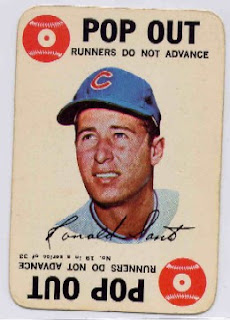 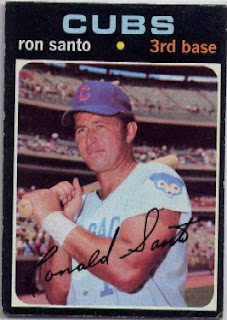 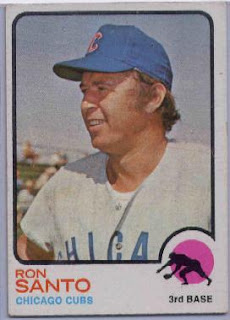