Washington Wednesday: All Gibbs All Day All The Way

ALL GIBBS ALL DAY ALL THE WAY! 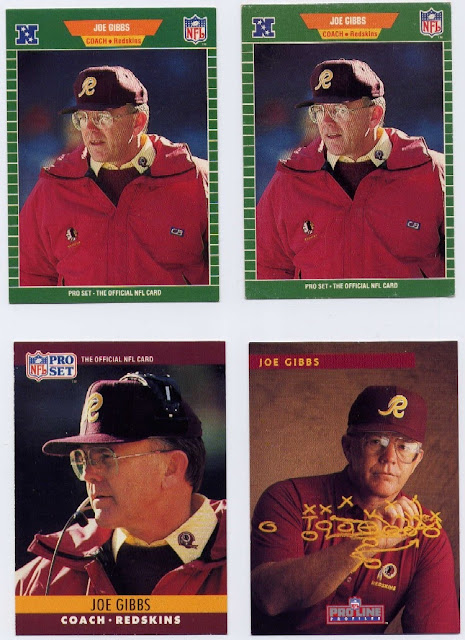 OK, OK, its been a very very long time between these things. I really should do them more often, and yeah don't get me started on my Mascot Monday feature. Its been over four months for that one, but as the kids used to say "What Ever!" (with the eye rolling).

So in my "daily" (not really but sometimes seems like it) overspending on Ebay I picked up an auction lot of four cards, I was going to say "set" but lot is more accurate. It was an actual auction that I bid on near the ending time, not my usual BIN "Buy It Now" spending spree. I had no problem or competition for it. Plus the seller was a fairly new seller only 1 feedback at the time, now they have 3 or 4. The pricing was $4.99 + $1.81 shipping, and surprisingly came in the proper bubble mailer packaging. Each card was in its own toplaoder and penny sleeve.

The cards were all of one person one team: Joe Gibbs Coach Washington Redskins. There was a duplicate so even though there are physically four cards there are only three designs. I already had three of the four cards, or rather two of the three, which makes the duplicate a triplicate at least. Well Homie Team and multiple copies of individual cards, and all that. "What Ever!" 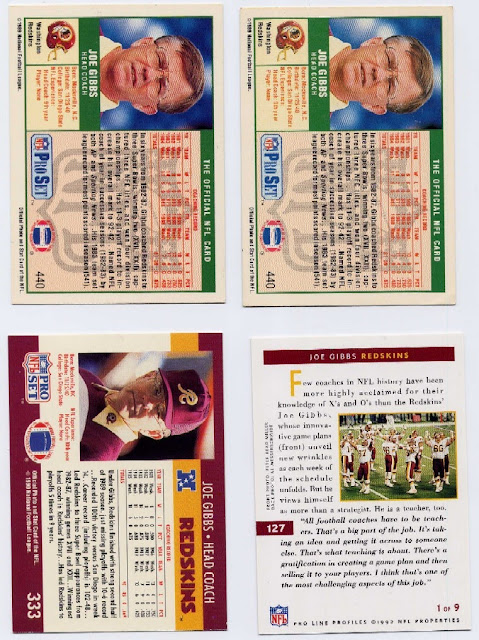 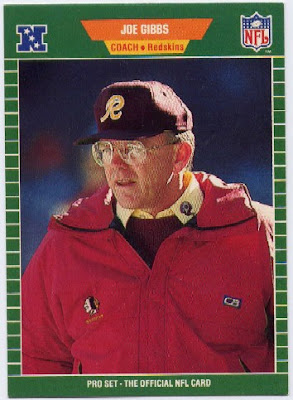 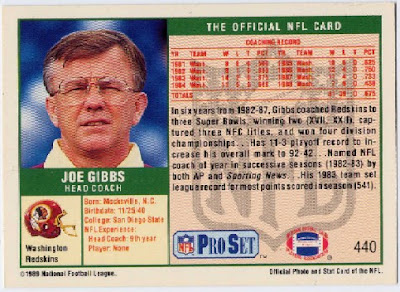 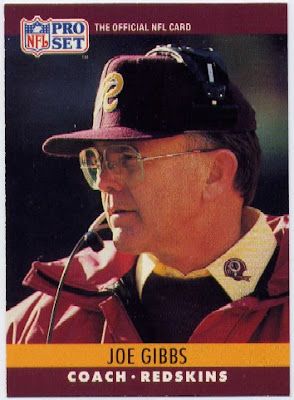 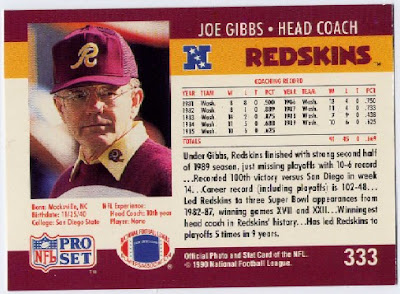 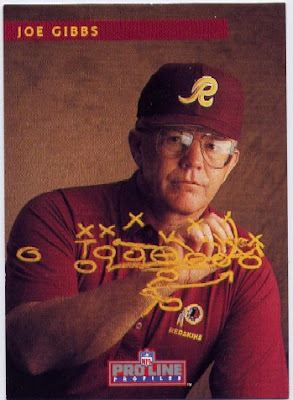 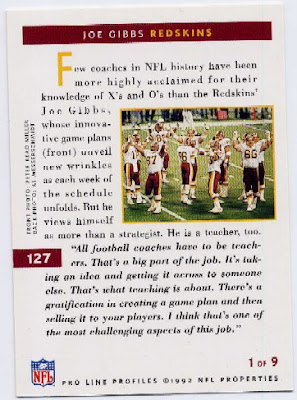 The Pro-Line card is card number 127 but is also marked "1 of 9" meaning it is card number 1 of a 9 card subset, not a serial numbered "card number one of only nine total cards made" (1/9) like they do now days, so there could be 10,000 of these 1 of 9 1992 Pro Line Joe Gibbs cards. It seems that set is composed of nine card sub-sets for each player/coach featured.