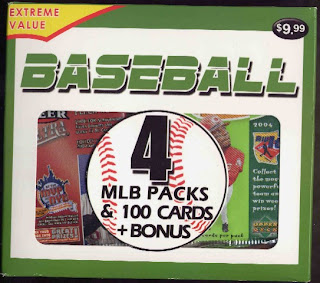 
I like Fleer Ultra most of the time and this one I kind of like. This series I sort of like the no borders full picture, but the tiny silver font for the player name/team/position sucks. The fancy script for the players last name also rubs me a bit wrong. Some names it is OK to read, others it is a little hard (maybe those are not in English).

The backs are pretty standard and are similar to the 2007 Upper Deck cards  with the standard stats and a head shot of the player. These headshots are in full color though. The "Ultra Rookies" cards don't have a headshot.


Why am I reminded of Monty Python's Twit Olympics?
"Ah there it is"
Flashback to 1980s Music Videos
Posted by CaptKirk42 at 6:00 PM