A and G minis from Nick's Dime Box 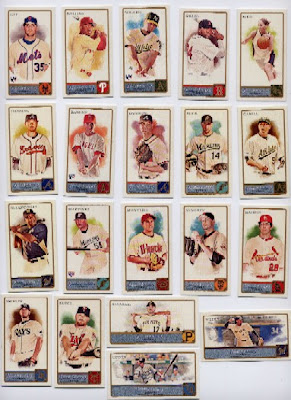 On Saturday 07 April 2012 as previously mentioned briefly in this post (so this is sort of a repeat/recap), I received a package of 2011 Allen & Ginter Minis from Nick at Dime Boxes. I had sent him about 50 Vladimir Guerrero cards from Vlad's Expos years (a "Vlading" as it were it in reference to "Bipping" except I didn't send multiple duplicates, I think I only sent one dupe) and in the brotherly Trading Card Universe way he returned in kind, minus the Bipping er Vlad-ing by sending me 20 A&G Minis. I'll repeat the list of goodies and then highlight a few of them front and back.

All except one of these cards were of baseball players it is still a sports card not one of the Non-Sports cards. It is Sue Bird of the WNBA team Seattle Storm and according to the title on her card "Champion Women's Basketball Guard". I don't know much about women's basketball I've rarely watched even a few minutes of it as I'm not much into basketball but I'd rather see 10 women running back and forth on a wooden floor than 10 sweaty giant men. 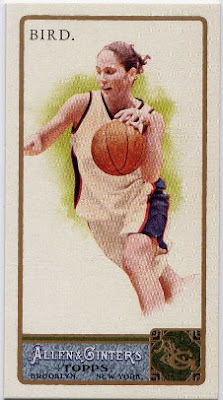 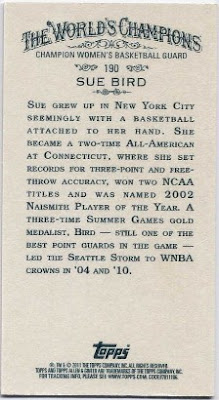 This next card I thought it was weird that a baseball player was carrying a football helmet. I didn't think about the fact that it could be and is his catcher's mask/helmet. D'uh. 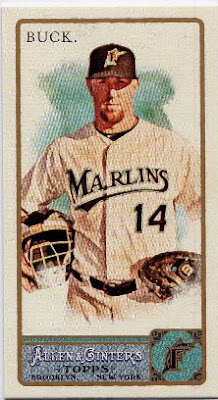 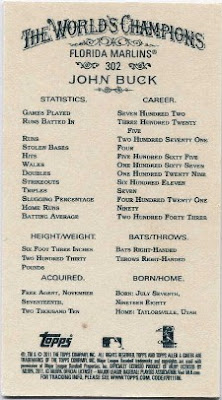 Now here is one one of the 7 A&G backs from this batch. I chose it because I wanted to at least show one of the A&G backs. 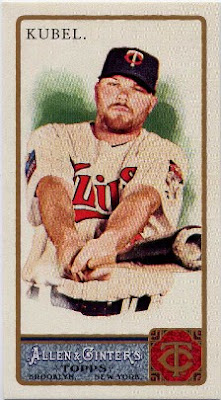 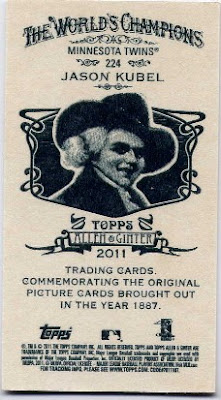