A Crinkly Package but not cards

I've been sitting on this post for too long. {SIGH}

One of the card blogs I read fairly regularly is "Crinkly Wrappers". I made a comment on one of Ted's posts a while back and he sent an email in reply w/ a notation that he had checked some of my want lists and had a couple of 2009 Philadelphia Football cards to help w/ my set build and a ton from the 1994 Ted Williams Baseball set to "start/finish" a set (seeing as I had a handful already it would be the latter). All I had to do was send my mailing addy and pay for postage. No problem, done and done. Ain't that the way the blog-universe is 'sposed to work? Then on Monday 19 Mar 2012 a nice package arrives. I had anticipated some of what I saw, but not all. 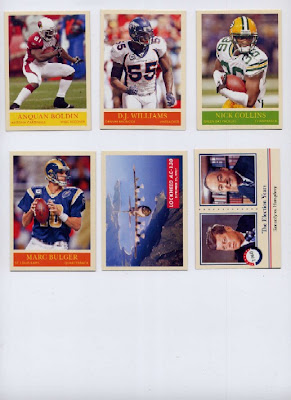 I needed most of them (I already had the Anquan Boldin and I think another one). 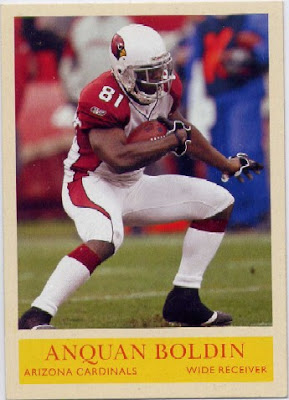 I did not have the Marc Bulger, although I have most of the Rams from this set weird I usually have Bulger cards coming out of my ears. LOL 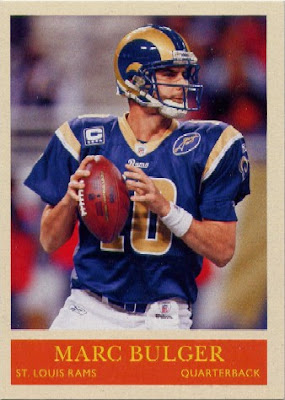 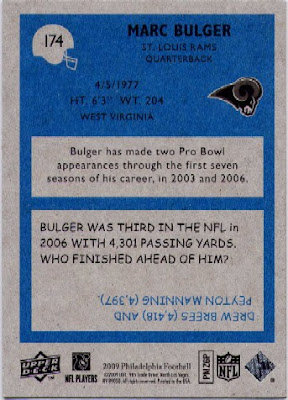 Some of the other cards I may show individually later sometime when I talk about their subsets or the next time I do a random sampling of cards.

Then there was this: A ton of cards from the 1994 Ted Williams Baseball set. 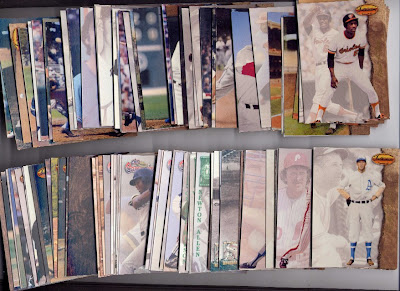 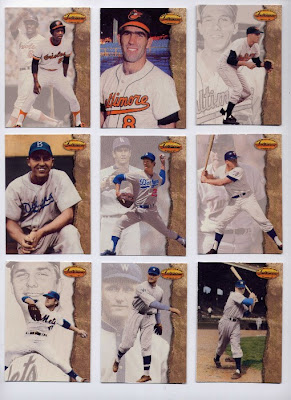 9 semi random cards from the base main part of the set. 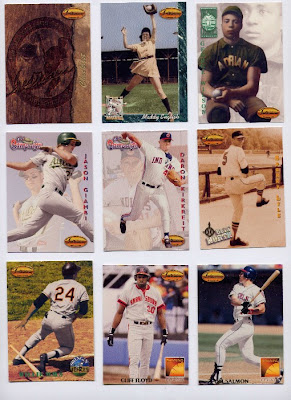 9 more semi-random cards but these are:
Checklist 1 of 2 plus some of the sub-set cards
(each subset has its own checklist as well)

The Subsets are as follows:
A near complete set of 1994 Ted Williams Baseball. 112 out of 162. Some of the higher priced Super Stars, the Namesake cards (Ted Williams) and harder to find cards from the set are missing but with a little shopping around and maybe some begging on card forums and to other bloggers I'll have the set finished sooner than later (then I can start in on the 1993 set). I already had the Women of Baseball sub-set, which I plan on blogging about sometime in the future, and the "3 MuskaSenators" cards from the main part of the set Frank Howard, Walter Johnson, Eddie Yost (I'll blog about them on my other blog I'm about to mention). I did not have any of the Negro League cards from the set. I mentioned that on my other blog "Curly W Cards" (my blog about Washington Baseball cards) in my Frank Howard post that I didn't have any Negro League cards yet. Well now I have some Yay!

My favorite card from the set is still the first one I had gotten of the player mentioned above. Now I have a double of it (and some of the ladies). 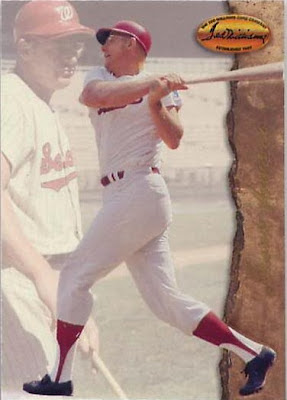 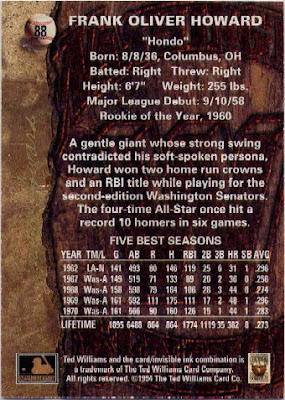 Many many thanks Ted for such a fantastic lot of cards.
Posted by CaptKirk42 at 12:00 PM