A Berra Full of Yogis

For as long as I can remember Yogi Berra has been an icon of Major League Baseball. He is one of the classic vintage players that I keep a lookout for to find a deal on his cards. Most of the cards issued during his playing years and somewhat his managing years are bloody expensive. Anyway I thought it would be fun to show some of his cards that I have. So I will just show some of them mostly because I don't have all of them scanned (and I noticed one of these I didn't have the back scanned silly me)

First here is a card from when he turned coat from New York Yankee to New York Met. It is his 1965 Topps card. This is also a fortunate but sneaky way to mention my "Strive for '65" Goal to have that entire set by April of 2015. I got it from Ebay for a steal back in 2012 for $7.95 + $2.25 shipping. (here is my mention of the card on the TCC forum Steals board. The thread lies because it has been scanned since then). 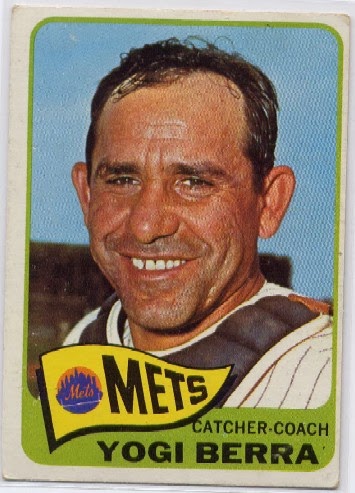 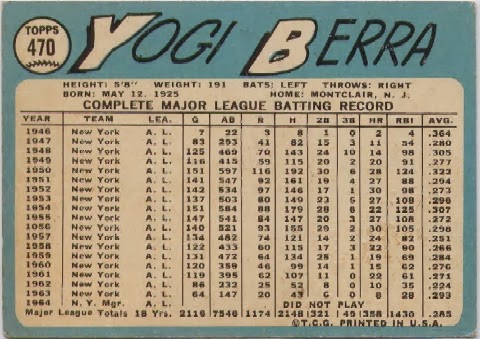 Next up: From 2005 Donruss Signature Series. I forget if this was a purchase or a trade. Purchase I think along with a handful of other HOF cards. I might have overpaid but I don't recall. 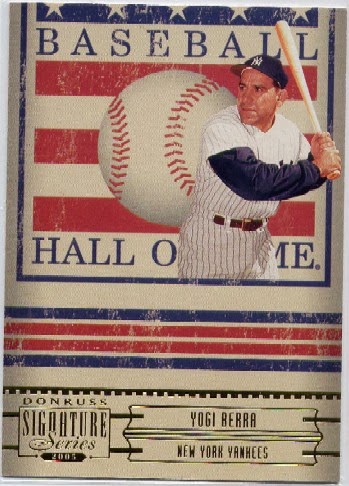 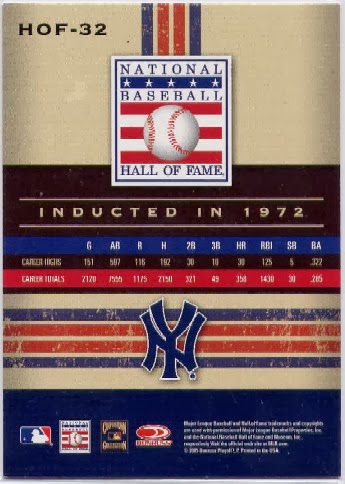 Now one of those modern retro cards from 2009 Goodwin Champions made by Upper Deck. I have two of these I think one I had bought and the other I either pulled from a pack or traded for it. I think at one time I might have had 3 of these. Anyway I was lazy a few years back when I scanned it. I had scanned it in the toploader and never got around to scanning the back so the back image appears "Courtesy of COMC.com" 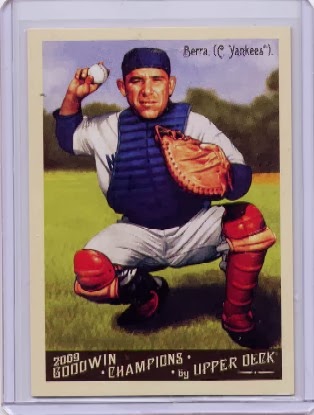 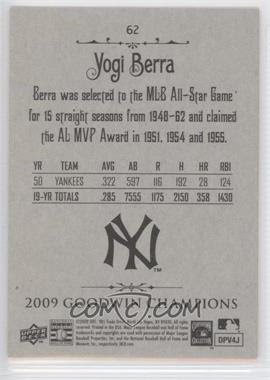 Ooh this next one is pretty darn cool. I got this one back in the day from the original source of how you normally got them. It is a food product card. It is card number one from a five card gimmick "pop-up"card set of Hall of Fame players. The idea was to pull the tab on the top up and the card "pops" open. I never to my best recollection "popped" mine. I took it out of the original plastic wrapping. Maybe a bad move there. To think at one time in the late 90s I was tempted to sell it, but NOT NOW. I plan on keeping it I was insane then and didn't remember who was on the card. The number is on the front "1 of 5" but it is not a serial number 1 of 5. I want to get the other four cards some time (hmm I noticed a full set on the bay I started watching it). In 1995 Stouffer's food included these "Legends of Baseball" cards in some of their frozen dinner products. Hmmm back in '95 they might have still made "TV Dinners" for standard ovens with the aluminum foil with special instructions on if you wanted to microwave the meal. I forget exactly what product it came in. Was it meat loaf, or turkey w/ gravy? 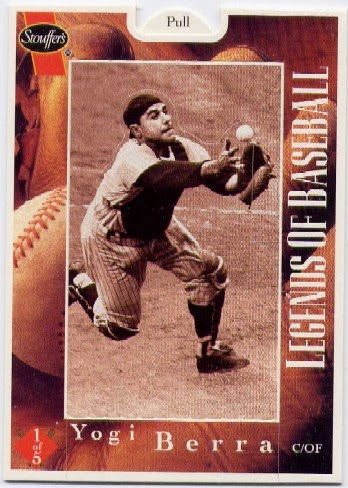 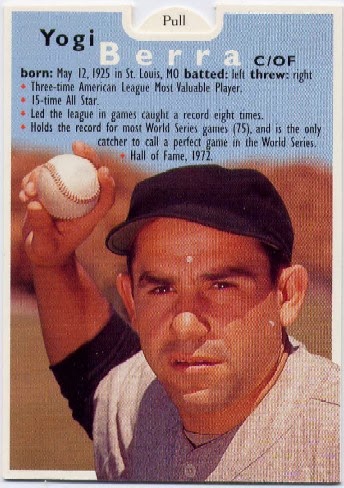 Yogi has three sons two of which went into professional sports like dad. Dale followed dad's footsteps into baseball. Here is a father/son card from Topps 1985. 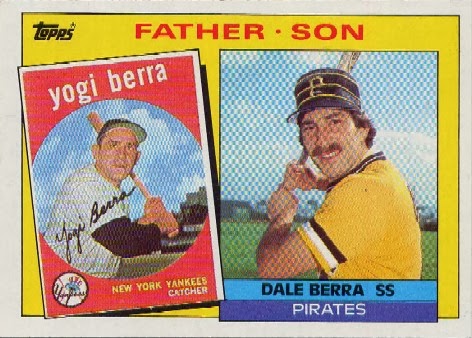 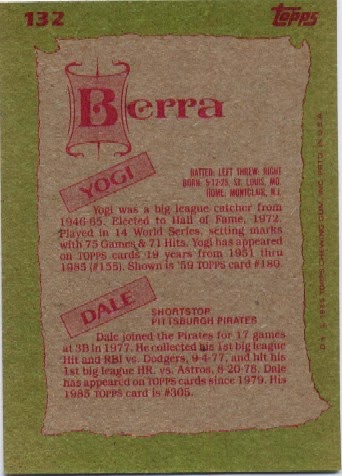 While son Tim decided to go into Football: 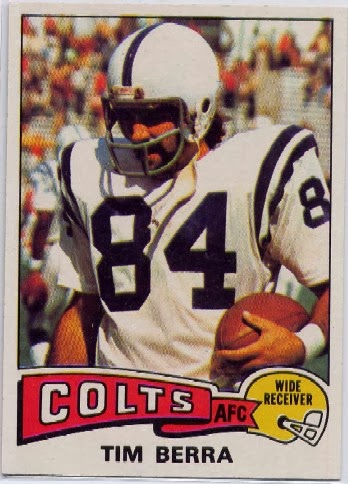 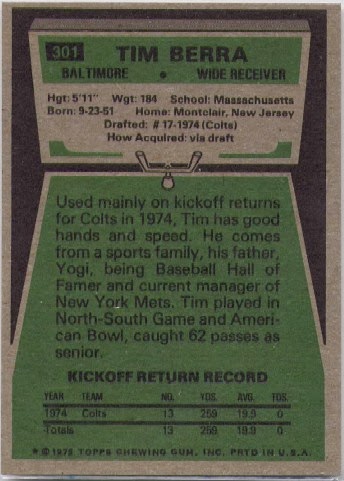