In early January of this year 2014. I bought this sweet shiny card from a fellow member form the TCC forums for just $5 delivered. A Wes Unseld Bullets card number 22 It is from the 2013 Panini Prizm Basketball set The "Hall Monitors" 25 card Hall of Fame Sub-Set. I might try for a partial rainbow of Wes Unseld but with two 1/1 "black parallels" (Black Prizm and Black Prizm Mosaic) a full rainbow is next to impossible. There are enough of the other colors to make even a partial rainbow hard. I might try to get the base cards (and maybe some parallel colors) of a few of the other players: Moses Malone, Earl Monroe. Not sure if I'll try for a full base set of this sub-set. 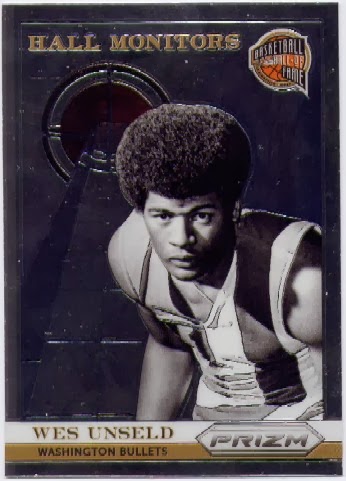 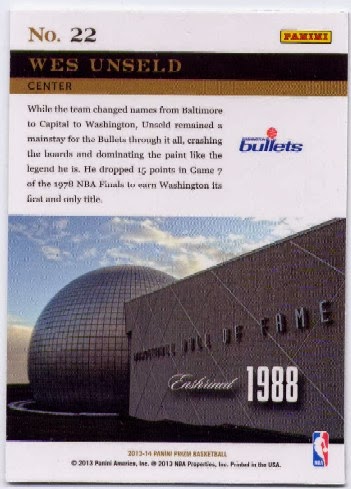