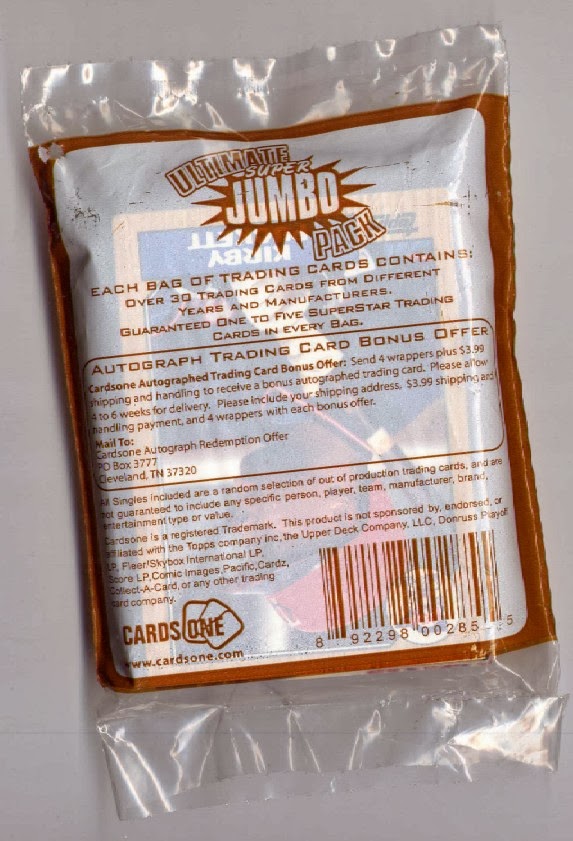 Last post was Pack One of my Two pack Dollar Tree repack adventure so lets get into the goodies right away. 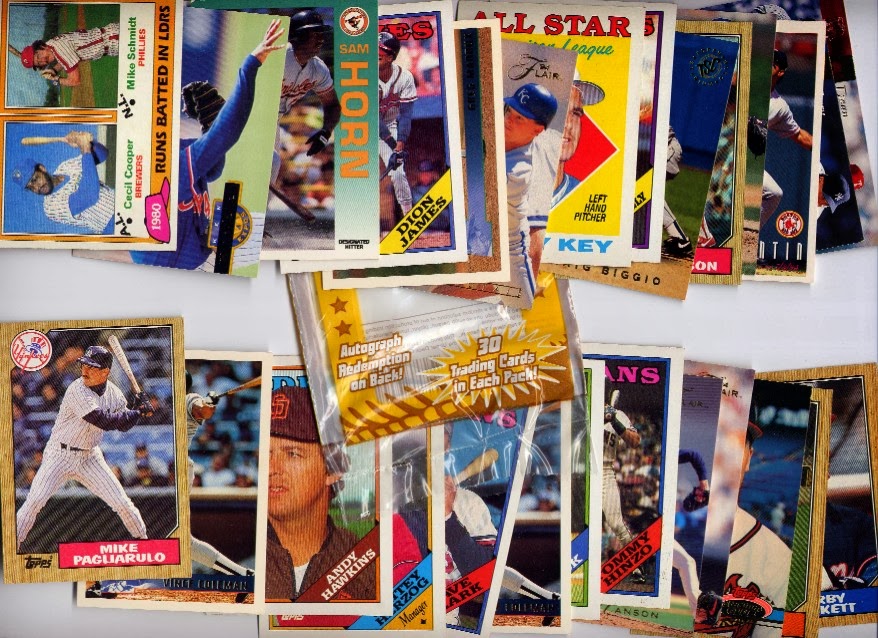 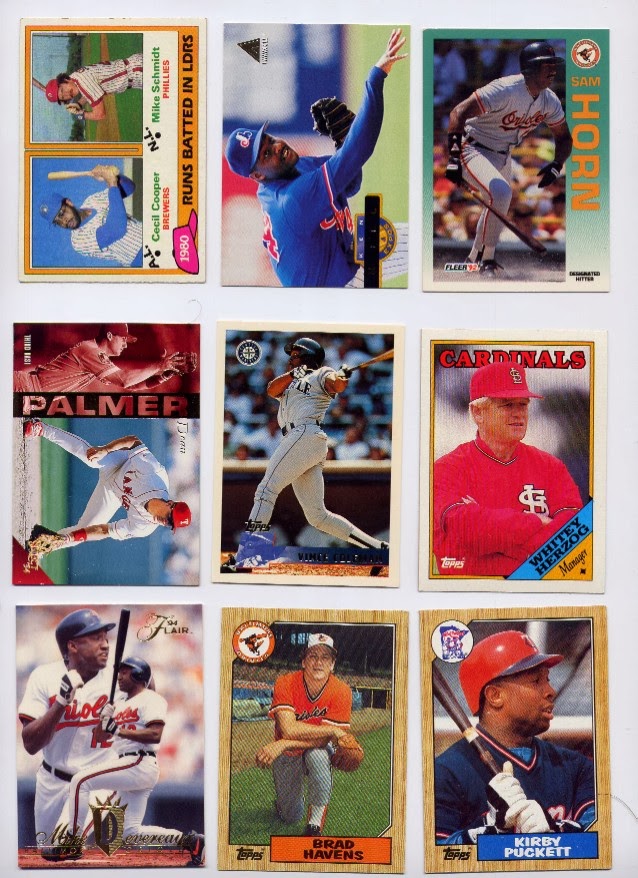 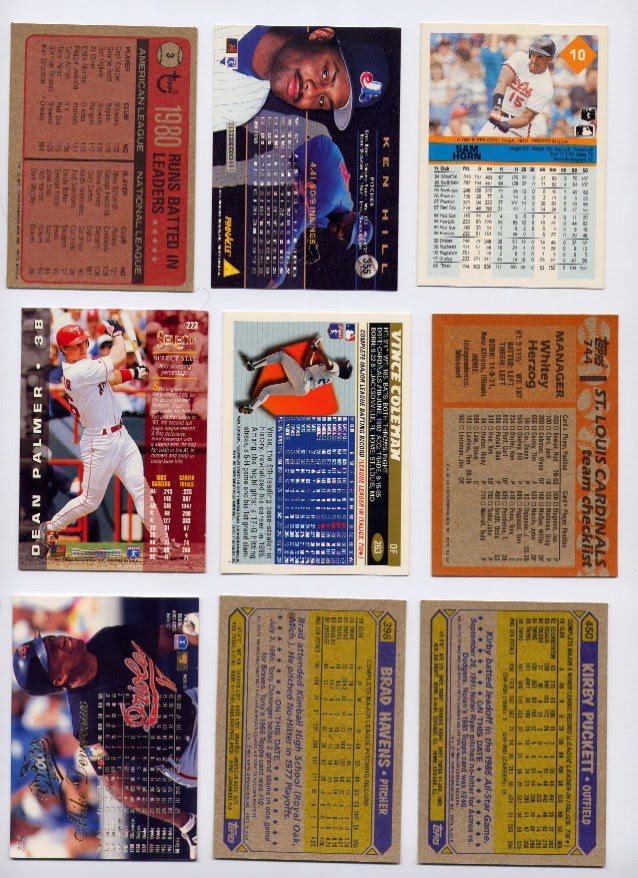 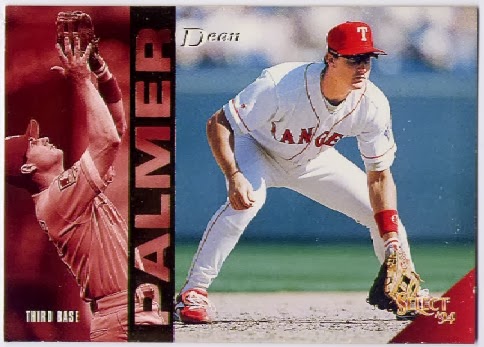 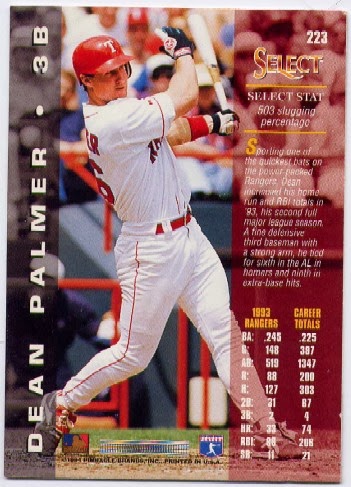 OK so this pack features two 1994 Select cards one right after the other. At first I thought the design was so-so with the players last name vertical and so large but after studying it some it isn't too bad. **Sigh** looks like another junk years set to try to build. 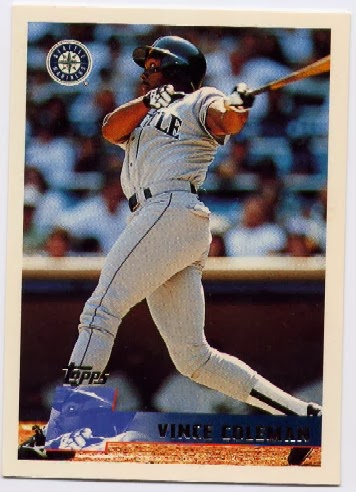 Normally I wouldn't pick this card to show, but for this pack it was the card that was duplicated in the pack (about four cards from now). It's one of Topps mid 1990s sets I'm so-so on. 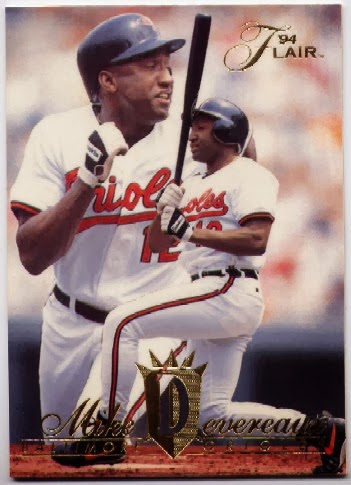 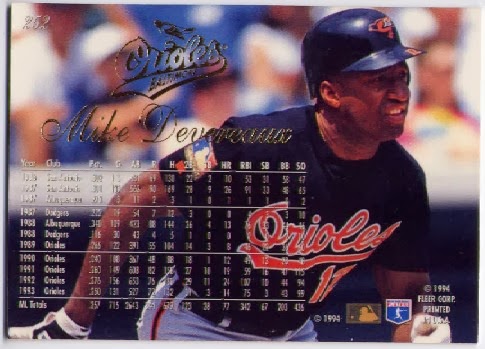 One of those sets from Fleer that I am not sure if I like or not. I like most of the Flair sets but some of those two picture fronts are just too freaky. Flair was Fleer's high end product it seems. 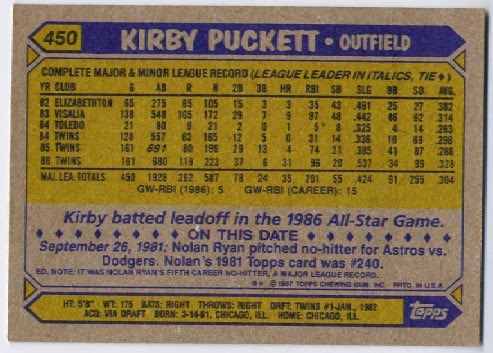 Way to end the pack with a power packed super star.