Once again from a sale from a member of TCC I got a nice deal on some terrific cards. This time some 2010-11 Upper Deck Artifacts Hockey cards. The first one from my fave team The Washington Capitals - Star Alexander Ovechkin card #178 serial numbered 686/999. Sort of a jersey number card since it has an 8 in it.
2010-11 Artifacts Star - 178 Alex Ovechkin #/999 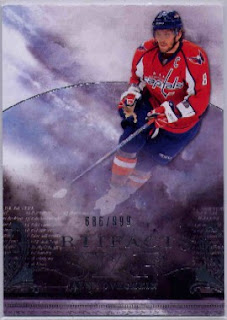 Next we have a card from Nick Johnson.


D'OH! Not That NICK JOHNSON! 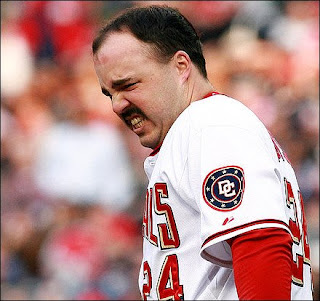 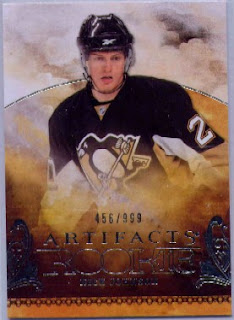 I like the design of these cards. I might have to bit the bullet and start getting the base set of this.
Posted by CaptKirk42 at 12:20 AM