From my sportlots onslaught part one which arrived on 11FEB2012. Here are four more of the Bullets cards I got. Brace yourselves folks because Thursday 16FEB2012 was a 10 package day and the results of some of that stuff will filter onto this blog sometime soon. 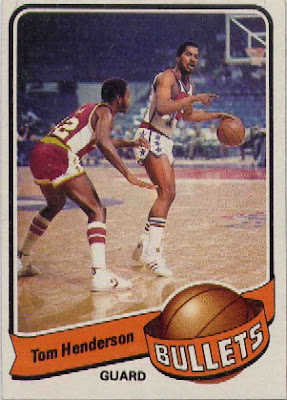 Not much to say about this one. I don't recall Mr. Henderson. 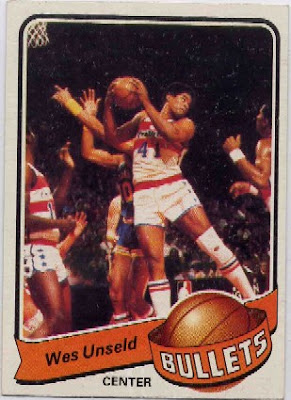 Looks like Mr. Unseld is swinging and getting some kind of groove on, maybe there is a Broadway musical there somewhere. Now the pose in this card is similar to the next card. I think I will do a separate post semi-in-depth comparison on these two cards sometime later. 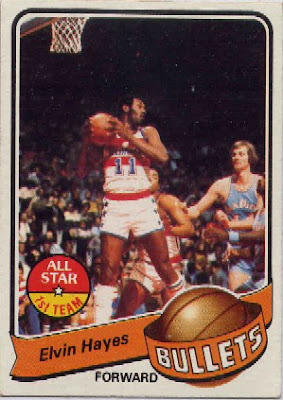 As I said this card looks similar to Mr. Unseld's card from above. They both seem to be getting the rebound. Mr. Hayes seems to be fully planted where Mr. Unseld is in motion. 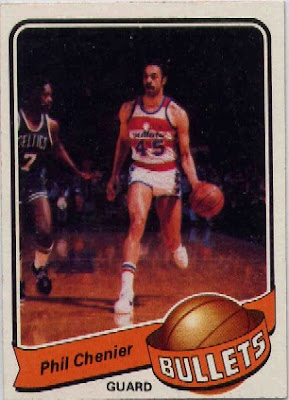 My first reaction to this card was Mr. Chenier is waking funny. Upon further review it looks like he is actually running so it does sort of explain his weird walk.
Posted by CaptKirk42 at 5:30 PM