Set the wayback machine for 1960 or 2010, when I made this post on 1960 Topps cards which included my Ralph Guglielmi "filler" card, whichever you prefer. For some reason I used to think his name was Steve something. Well since my post in 2010 I got an upgrade of this card on 25 January 2011. The upgrade is a pretty nice card, the corners are sharp and there are no creases like my original, it has some small centering issues front and back that is more noticeable on the back. The only drawback is a very very common one for this particular year. The cartoon on the back does not show up it has been worn out over time or had gunk on it that made scratching it impossible. There is some minor flaking to indicate scratching attempts and there is a hint of some of the light ink they used for the cartoons. Here is the Before and After: 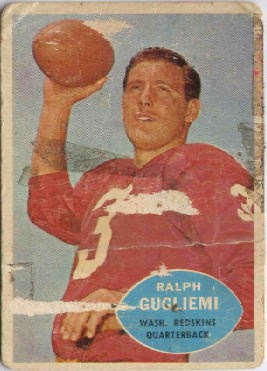 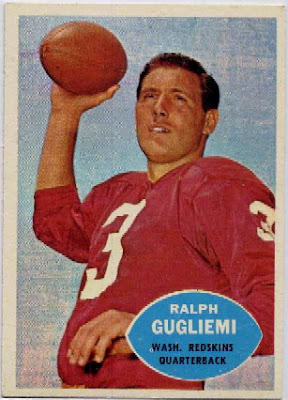 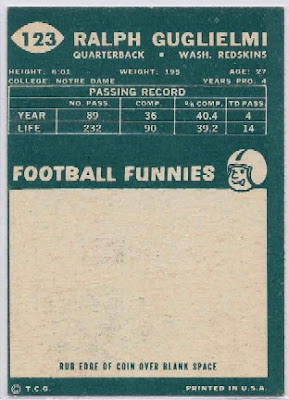 Now this next Ralph card you can see the cartoon on the back. OK so this is a different Ralph, Ralph Felton also of the Redskins. 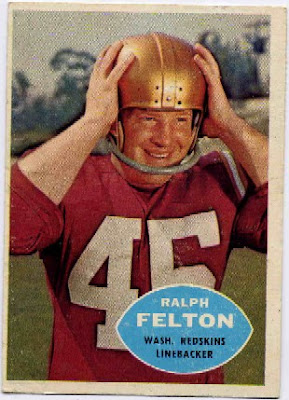 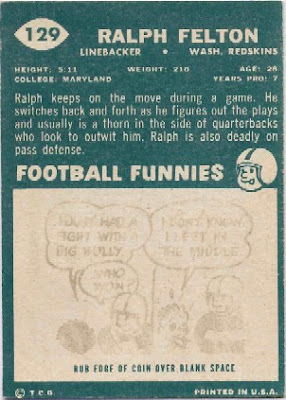 Here are side by side comparisons front and back of Mr. Guglielmi's card. The original filler is on the left and the replacement upgrade is on the right. 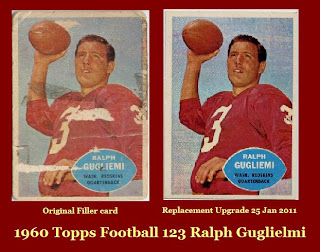 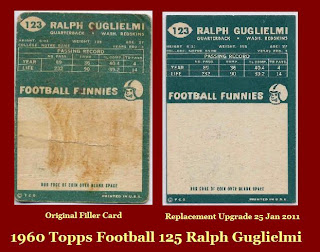