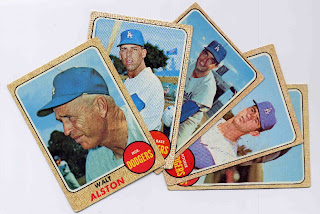 On Saturday 04 February 2012 the sportlots onslaught continued (Oh it is not over yet, far from it). Due to the amount of stuff I have backlogged and the amount that is coming in I won't 'splain I'll just show. I got five 1968 Topps Baseball Los Angeles Dodgers, one of which I already had but they were a set lot so no picking. 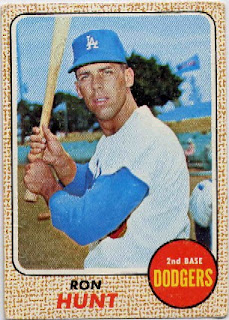 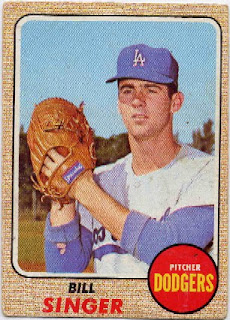 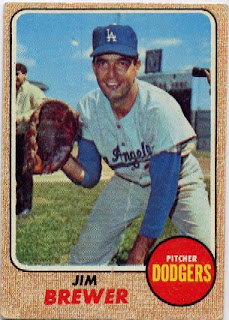 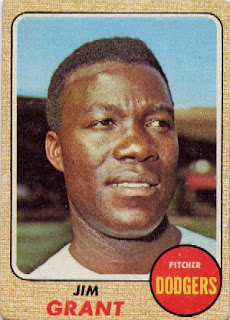 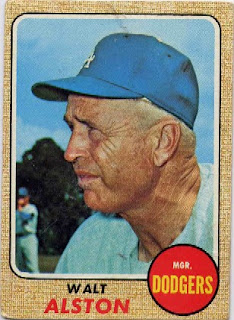 I mentioned that one of the cards I had previously. That would be the Jim Brewer. Here is a side by side comparison. As you can see they both seem to be in pretty good condition, except the one on the right (the newer one) has a light vertical crease that runs about 2/3 of the card (near the center from the bottom edge to roughly Jim's left shoulder) in the scan it looks like a very long loose string or cord hanging from Jim's waist. 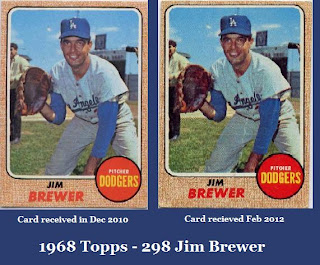