This is the other lonely card from my Basketball Bonanza on Saturday 11 February 2012. 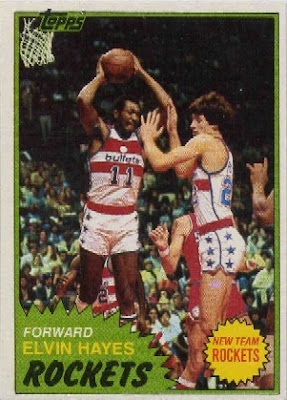 Here is a card of Elvin Hayes grabbing a rebound, and looking like he's going to slam-dunk the ball down on his team-mate's head. Topps obviously didn't have any time from when he was traded from the Bullets to the Rockets to take a new photo of him. They at least were able to announce he was traded.
Posted by CaptKirk42 at 11:00 AM